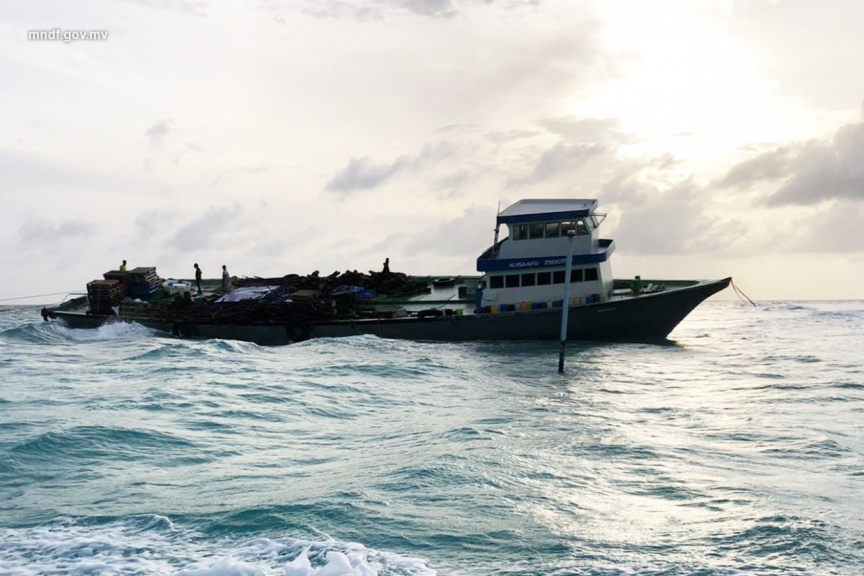 A 90-foot cargo boat has run aground as it attempted to enter the HDh. Nolhivaranfaru lagoon.

Maldives National Defense Force (MNDF) said the incident was reported to the authority at 08:51 pm on Sunday.

The boat ‘Alisaafu’ was traveling with three people – two foreigners and a local – when it ran aground as it attempted to enter Nolhivaranfaru.

MNDF Northern Area Coastguard Squadron is responding to the incident.

According to MNDF spokesperson, Major Ibrahim Azim, efforts are being made to refloat the boat using a vessel arranged by the boat’s owner, and with assistance from Coastguard divers.

He also stated that the people on board weren’t injured in the incident.