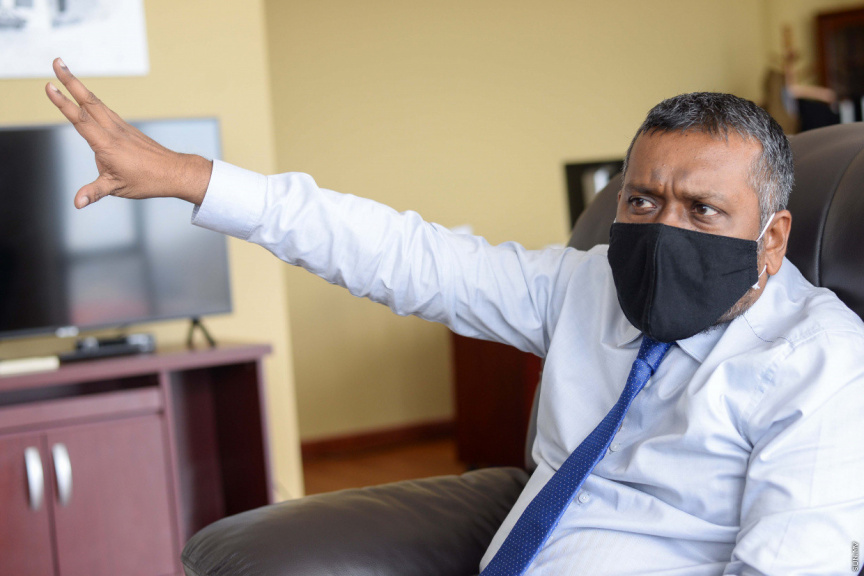 The amendment to the foreign direct investment policy to allow 100 percent foreign-owned companies to manage air transport services in Maldives has been republished on the Gazette, after specifying it does not cover air traffic control and other critical services.

In response to the criticism, Economic Minister Fayyaz Ismail hosted a press conference on Monday, at which he said that foreign companies will not be allowed to provide air transport services provided by the government such as immigration services, customs services and air traffic control services.

He said that the controversy stemmed from the wording of the amendment, and promised to revise the amendment “to remove any misunderstandings”.

Fayyaz has said that the government has no plans of privatizing any government-operated airport.

He said that the opportunity to operate airports has been open for 100 percent foreign-owned companies back during former President Abdulla Yameen Abdul Gayoom’s administration, and that it was the current administration with amended the foreign direct investment policy to reduce the share to 75 percent.

He said that the foreign direct investment policy was reverted back following requests by some investors to allow 100 percent foreign-owned companies to operate airports, as the government seeks investors for several planned airport development projects.

Investors sought to develop Giraavaru lagoon as a city

Lockdown on Hithadhoo, Addu City due to COVID-19 cases