Thieves break in through roof, steal MVR 280,000 in electronics 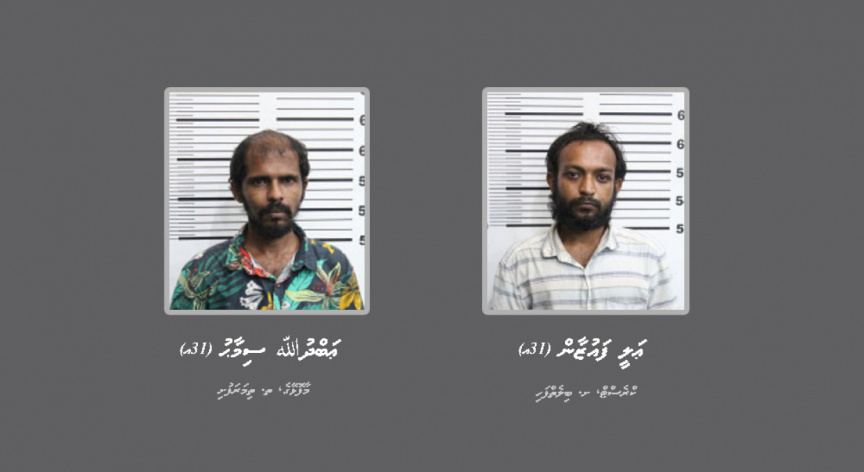 Police have arrested two suspects with a large quantity of smartphones and other electronics stolen from Dreams Mobile, an electronics shop located in Machangolhi district of Male’.

The suspects in the case are:

The theft was reported to the police on Friday, June 11.

According to the police, the thieves broke into the shop through the roof of the building.

The police said they found a large quantity of smartphones, phone chargers, headsets and other phone accessories with the suspects arrested in the case.

The recovered stolen products are valued at over MVR 280,000.

The suspects, when presented before the court for their remand hearing, were ordered to be detained in a facility arranged by Home Ministry for 15 days.

Two who tried to steal from a mosque stopped