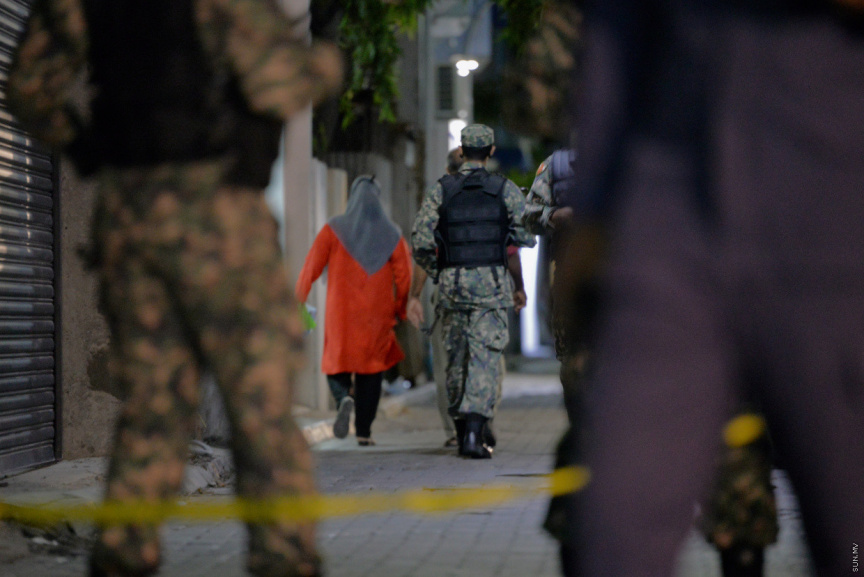 Prosecutor General’s Office filed an appeal on Tuesday after the court released five suspects arrested by police in a crackdown on religious extremism in Addu City last May.

Police arrested eight suspects in the operation in Addu. The court previously ordered them to be remanded in custody of the police for 15 days.

However, five of the suspects were released when presented before the court for their second remand hearing last Sunday.

Police said they have asked the Prosecutor General’s Office to appeal the decision with the court.

Prosecutor General’s Office spokesperson, Public Prosecutor Ahmed Shafeeu told Sun on Tuesday that the office has filed an appeal with the court.

In addition to Addu City, police have also made multiple arrests in Male’ City in a crackdown on religious extremism in the wake of the IED attack targeting Parliament Speaker, former President Mohamed Nasheed on May 6, when a homemade remote-controlled IED strapped to motorcycle parked nearby Nasheed’s residence, and was detonated just as Nasheed, 54, exited his residence and went to get in his car. Nasheed was thrown to the ground and sustained multiple shrapnel wounds, while three members of his security detail and two bystanders sustained minor wounds.

Meanwhile, the government is also pushing revisions to the Counter-Terrorism Act, which could allow for terror suspects to be held up to 48 hours without a court warrant.