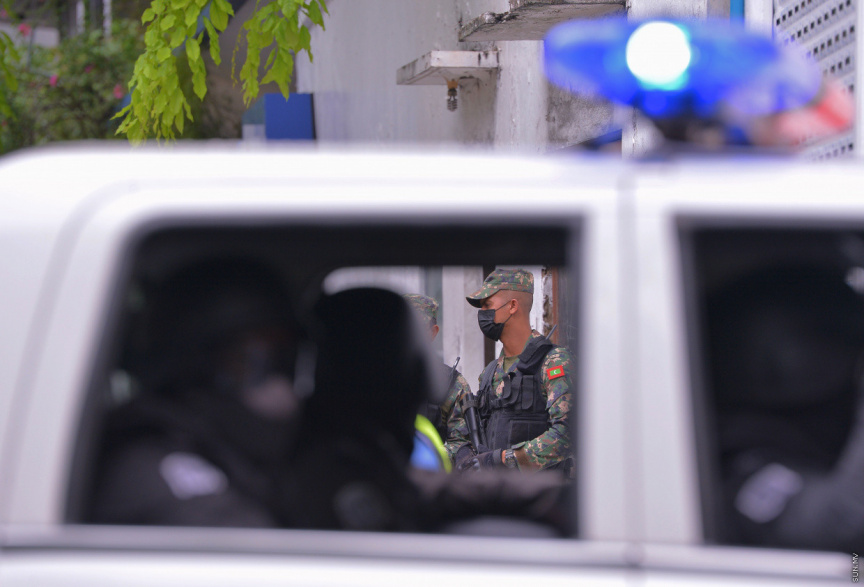 Attorney General’s Office has drafted a revision to the Counter-Terrorism Act to allow terror suspects to be held up to 48 hours in police custody without a court warrant.

Counter-Terrorism Act was last revised in late 2019 by convening the Parliament for extraordinary sittings during recess. The sweeping revisions granted police extensive powers, including the authority to hold terror suspects up to 24 hours without a court warrant. The revisions also constricted some of the rights of terror suspects, and allowed for a wider interpretation of “terrorism”.

In a statement on Sunday night, the Attorney General’s Office announced that it was presented a bill to revise the Counter-Terrorism Act to the President’s Office. The main revision is extending the maximum window terror suspects can be held without a court warrant from 24 hours to 48 hours, and enabling the search of the location where terror suspects are arrested from without a court warrant.

“Empowering police to hold persons arrested for up to 48 hours, and the procedure for presenting such persons before a judge for their remand,” said the Attorney General’s Office, describing the revisions.

“And the power to enter and search the location, if the location is private property of the parties the police are authorities to arrest without a court warrant, and related procedure.”

Attorney General’s Office said the bill also declares changes to procedures in dealing with persons who return from foreign conflicts.

Attorney General’s Office said that the revisions are drafted to enable launch of immediate investigations on persons among them suspected of engaging in acts of terrorism, and to treat others, even if they had no direct involvement in such acts, as persons exposed to, or at risk of exposure to acts of terrorism, enabling for measures to protect the community and facilitate rehabilitation.

Continuous rehabilitation must be provided to persons subject to monitor and control order, terror suspects remanded in custody for investigation, terror convicts serving their sentence, militants who return to Maldives and their family until they are reintegrated into the community.

Attorney General’s Office said the new revisions are deigned to remedy some of the challenges faced by law enforcement agencies in investigating terrorism related crimes, challenges in enforcing procedures for dealing with persons who return to Maldives after engaging in foreign conflicts, and to improve the effectiveness of rehabilitation programs targeting persons who engage in acts of terrorism or are at risk of engaging in acts of terrorism.

The revision to enable terror suspects to be held up to 48 hours without a court warrant had been one of the revisions proposed back in 2019. However, the window was minimized to 24 hours in the committee review stage.

President Ibrahim Mohamed Solih, urging the passage of the revisions in 2019, cited the findings by Disappearances and Deaths Commission in the 2014 abduction and murder of journalist Ahmed Rilwan Abdulla as the reason for the need for the revisions.

The new revisions, meanwhile, come in the wake of an IED attack targeting Parliament Speaker, former President Mohamed Nasheed on May 6.