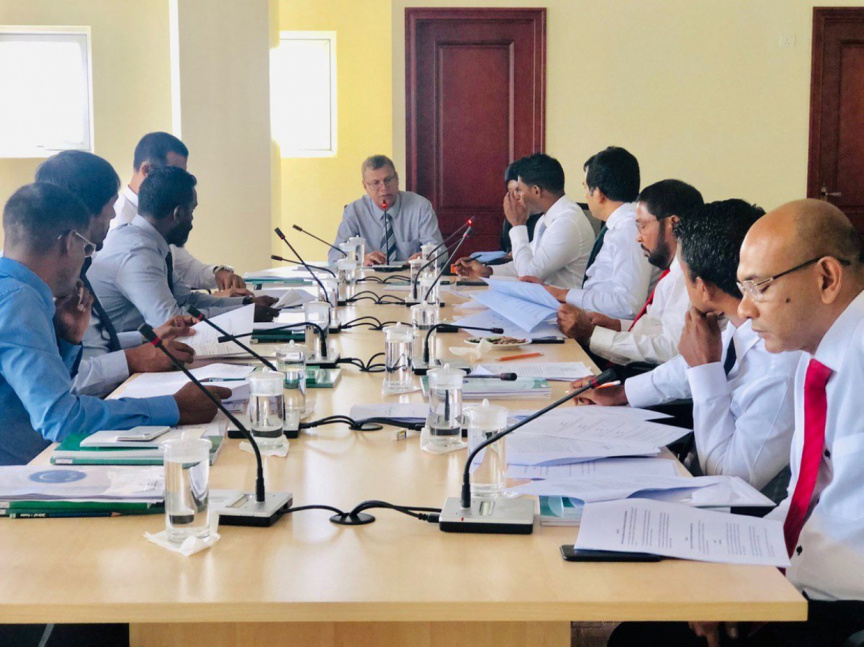 Parliament’s National Security and Foreign Relations Committee has made the decision to evaluate the counter-terrorism bill in secrecy.

The committee had convened to evaluate and consider possible amendments to the bill this Tuesday. Both this Tuesday’s meeting – which began at 1 pm, and the meeting held last Monday when senior officials from Attorney General’s Office, MNDF, National Counter-Terrorism Center, Maldives Police Service and the Home Ministry were summoned for discussions were held behind closed doors.

The counter-terrorism bill was presented to the Parliament on behalf of the Maldivian government at a special sitting by South Henveyru MP Hussain Shaheem (Andhun Hussain) on September 12. The bill was approved for evaluation following a preliminary debate at the second special parliamentary sitting held on Sunday, September 22.

Several lawmakers who took part in the preliminary debate voiced concern over the sweeping powers the bill will grant to law enforcement agencies in dealing with terror suspects.

The bill also restricts several other political and social rights granted by the Constitution.

The Parliament, which is currently in recess, continues to hold special sittings to mull over the bill following President Ibrahim Mohamed Solih’s call to expedite the bill – which he said contained legislative amendments necessary to take immediate measures to combat terrorism.

The opposition, on Monday, voiced concern over such a controversial bill being rushed without proper evaluation.

The counter-terrorism bill accommodates a broader definition of terrorism, and establishes acts of violence to promote a particular political, religious or extremist ideology as terrorism.

ACTS ADDED AS OFFENSES UNDER THE NEW LEGISLATURE: