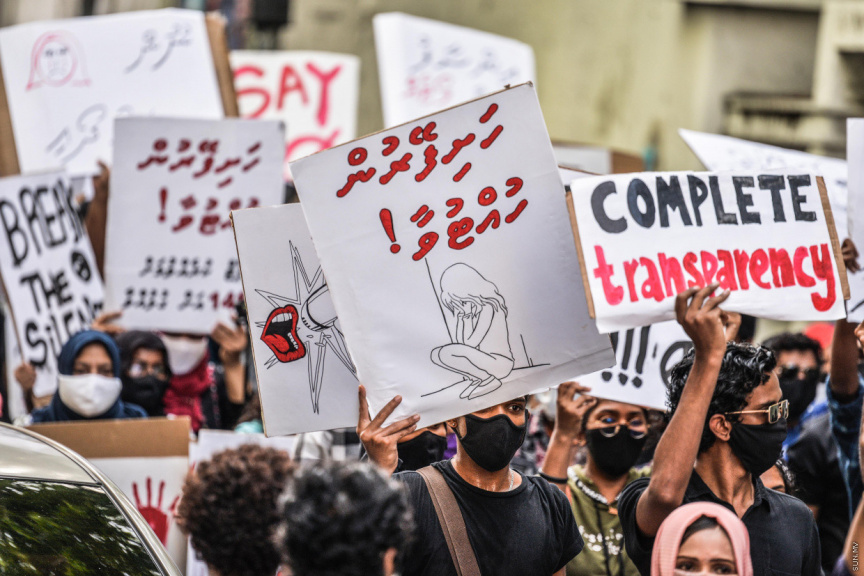 Police are wrapping up their investigation into a case involving a teenage girl who was blackmailed and threatened with gangrape.

The suspect in the case is Ibrahim Saif, a bodyboarder from Maldives Bodyboarding Association (MBBA).

The victim’s aunt shared via social media that Saif had been threatening and harassing the young girl – who is now 18 years – since she was 17 years of age.

She said that Saif threatened to leak the victim’s pictures and called and harassed her from different phone numbers.

He has also been accused of making fake social media accounts in the victim’s name, sending her pictures to her friends, and sending some of the pictures to members of her family.

The family said the victim is deeply traumatized.

The family said they reported the case to the police after their attempts to reason with Saif failed.

A police spokesperson said on Sunday that a case involving the intimidation and blackmail of a 17-year-old was reported to the police on September 3 last year.

The spokesperson said the police have collected forensic evidence in the case, and are at the last stage of the work required to send the case to the Prosecutor General’s Office for charges.

“Necessary measures to ascertain the protection of the victim and provide necessary support have been taken,” said the police.

In a second audio, Saif threatens the family saying he has posted two of the victim’s photos to a group, that over 10,500 people have viewed the photos, and that he has 50 more photos in his possession.

MBBA said that Saif’s actions will not be condoned by the association.