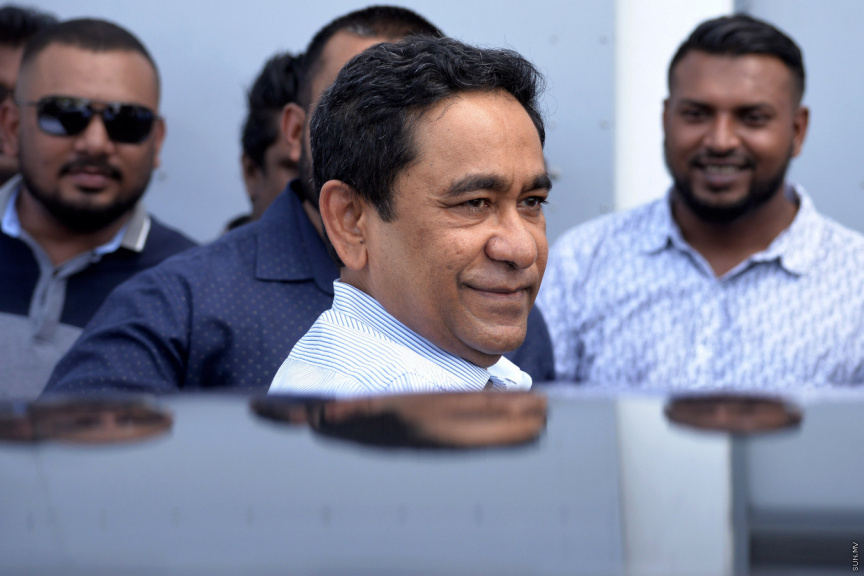 A hearing scheduled today in the Criminal Court in the case of former President Abdulla Yameen have been canceled.

Yameen's lawyer Adam Shameem tweeted today that the Criminal Court had informed that the hearings scheduled for today in Yameen's trial was canceled.

The legal team also said that proceeding with the trials during the situation was in violation of Article 21 of the Constitution which involves the right to life, liberty, and security of the person.