School requests foreign teacher to be sent back for supporting Israel 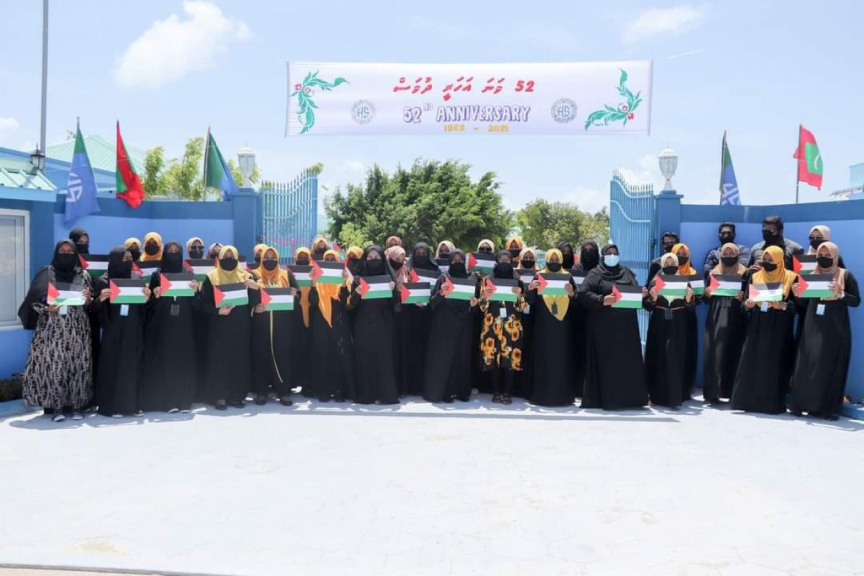 A foreign school teacher working in HDh. Hanimaadho who expressed support for the actions of the Israeli army against Palestinian civilians is to be sent back to their home nation.

The individual who worked as a Leading Teacher of the Hanimaadhoo School reportedly wrote on Facebook expressing support for Israel. The teacher is from India.

The Hanimaadhoo School took action against the teacher and issued a statement that read that derogatory conduct had been observed on social media from the teacher named Ebenaz Sukmaran who worked as a session-in-charge and SMT member of the School.

This includes restricting access to the School facilities such as the staff room and informing the teacher of the decision. He added that the School was working with the Education Ministry to send the teacher back home to India.

"The individual will be sent to Male' sometime tonight or tomorrow. After the required paperwork is finished from Male', the teacher will be sent back to India," said Abdul Latheef.

The Maldivian stand on the Israeli-Palestine conflict has been made crystal clear by President Ibrahim Mohamed Solih and even Foreign Minister Abdulla Shahid.

The Maldives has issued several statements strongly condemning Israeli actions against Palestinian civilians and the Foreign Minister Abdulla Shahid has reiterated the Maldivian stand while addressing the United Nations as well.

In addition to this, there is an existing ban on Israeli products and imports into the Maldives.

Apart from this, overwhelming support has been observed from the Maldivian public and even on social media towards Palestine and the citizens of Palestine.

Adhurey and his wife test positive for COVID-19