President vows to bring masterminds behind May 6 blast to justice 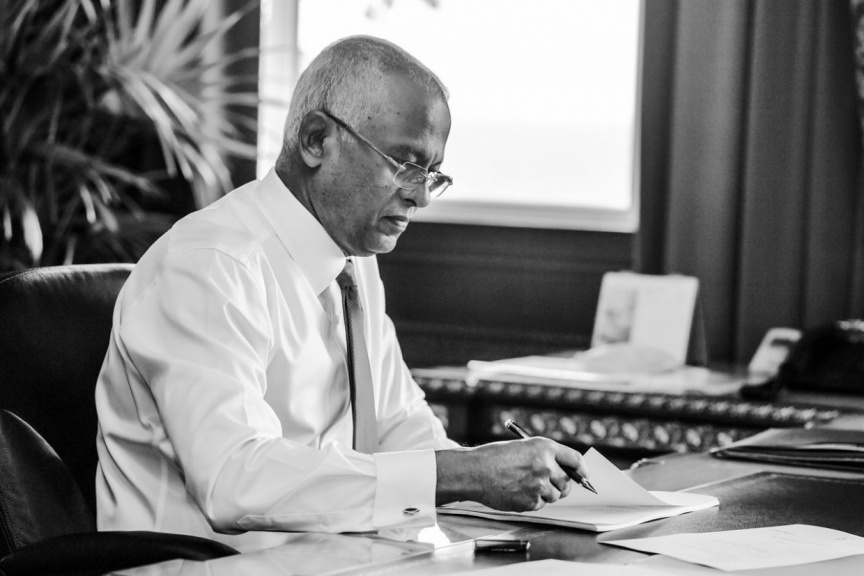 President Ibrahim Mohamed Solih on Wednesday vowed to find the masterminds behind the terror attack which left Parliament Speaker severely wounded and bring them to justice.

In a national address on Wednesday evening, President Solih said the attack on May 6 has left the Maldivian people anxious and fearful. He said that the attack is unacceptable, and that by the will of Allah, such attacks to take the life of a person in Maldivian soil will not be successful.

“With the support of Almighty Allah, the laws will surround these people. Justice will prevail. The three people found to have taken part in this attack, by the will of Allah, are now under the authority of the law. They will be brought to justice after a free investigation. They will be held responsible for their actions,” he said.

President Solih said that such inhumane attacks affect communal ties, take away the stability and happiness within society.

The police are treating the case as a targeted terror attack to assassinate Nasheed, and have made three arrests – including the person believed to have detonated the bomb.