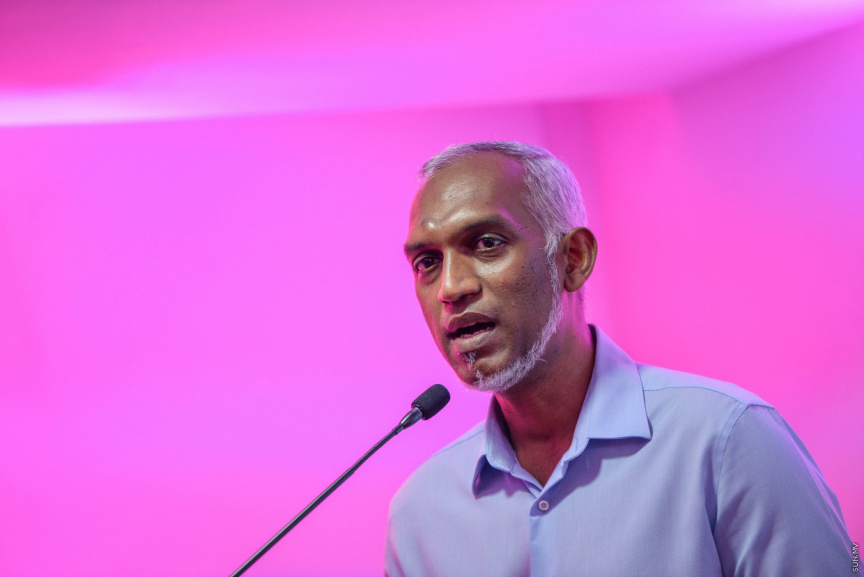 The Chinese Embassy in the Maldives has congratulated the newly elected mayor of Male’ City and former Housing Minister Dr. Mohamed Muizzu for his victory in the local council elections held last Saturday.

Opposition-backed Muizzu won the elections for the mayor of Male’ City by a landslide, competing with Anas Abdul Sattar who was backed by the governing MDP.

Opposition parties also enjoyed a wide win in the council seats for the capital.

The interim head of the Chinese Embassy in the Maldives congratulated the Mayor-elect on his win yesterday in a phone call. The embassy stated regarding the phone call that discussions were conducted on both parties working together.

Massive infrastructure development projects were carried out in the Maldives by China, during Muizzu’s tenure as Housing Minister. The projects include the Sinamale’ Bridge also known as the China-Maldives Friendship Bridge and the Hiyaa Housing Project.

'Must stop breakage of concrete slabs at Hiyaa Flats'

"No gov support for parking zone near Salman Mosque"

'Govt yet to say land for Male’ residents will be free'