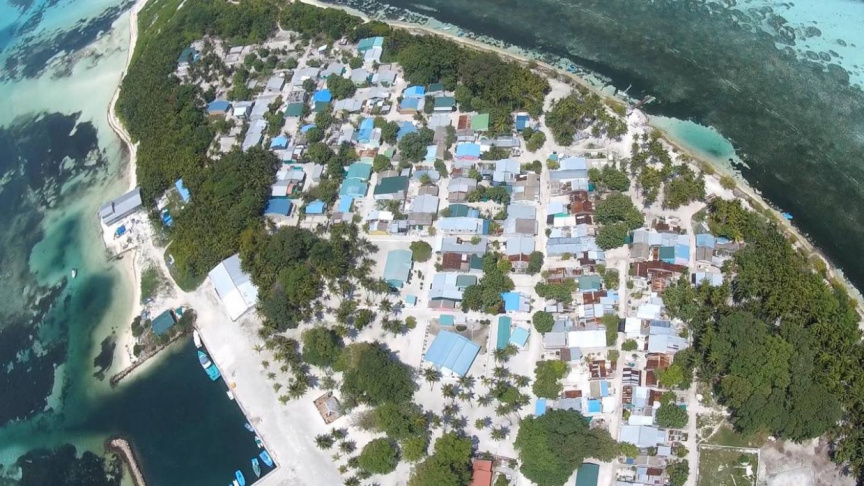 The island of Lh. Olhuvelifushi has been placed under monitoring mechanisms due to a case of COVID-19 detected on the island.

Olhuvelifushi Council President Mohamed Azim said to Sun that the positive case was a worker of Felivaru. Felivaru is in the midst of a community spread of the virus with more than 66 cases confirmed.

“The island was placed under monitoring last night. A worker of Felivaru became symptomatic on 23rd and was isolated. Samples were collected on the 24th. Results came back as positive last night,” said Azim.

Felivaru is the workplace of many from Lh. Atoll. The island is an industrial island where the fish factories of MIFCO are located on.

Azim also speculated that more cases of the virus could be detected from Olhuvelifushi. Currently, samples have been collected from 25, according to Azim.

Olhuvelifushi is one of the least populated islands in the atoll.

“The problem is that the individual’s result was received late. Contact tracing was also delayed as a result. The result got delayed by four days. However, many in contact with the individual in the last two days were isolated,” said Azim.

Only the island of Kurendhoo remains free of monitoring mechanisms in the entire Lh. Atoll. The major islands of Naifaru and Hinnavaru, and now Olhuvelifushi, are all under mechanisms after cases were detected. Kurendhoo Council Vice President Aishath Wishaama said that two houses on the island had been quarantined in relation to the cases detected from Felivaru.

Wishaama also said, “The individual is a worker of Felivaru who was in Naifaru when the first case from Felivaru was detected. The individual went into quarantine after becoming a direct contact. They also traveled to Naifaru before March 10,” said Wishaama.