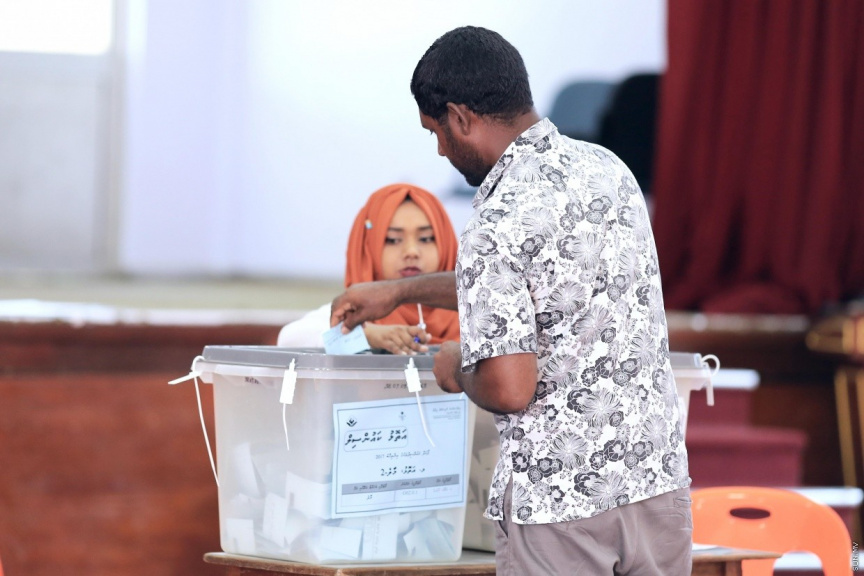 A voter casts his ballot during the Local Council Elections 2017. (File Photo/Sun/Fayaz Moosa)

The Elections Commission of the Maldives (EC) has stated that a total of 273,182 people will be eligible to cast their votes for the upcoming local council elections.

EC Chairman Ahmed Shareef has announced that the voters list for the elections was updated, and would include individuals turning 18 by April 10 as well.

Shareef said that the list consisted of 273,128 individuals and 5,134 people were eligible to cast their votes due to the postponement of the election. The LTCE was originally scheduled to be held in April 2020, but got postponed due to the COVID-19 pandemic.

EC has estimated that the election would need about 735 polling stations, including additional stations in Male' City as well as to the HPA guidelines affecting resorts. Resorts that request for polling stations will be made arrangements.