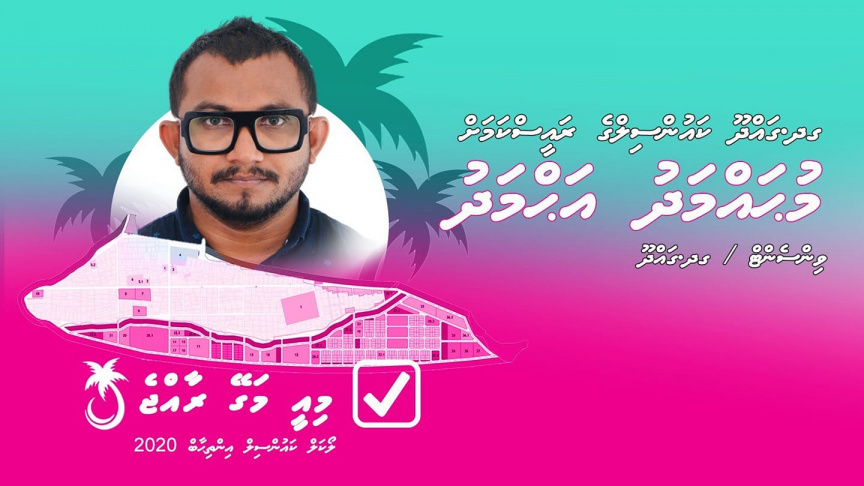 Revelations have surfaced that a candidate nominated by opposition PPM for the upcoming local council elections for GDh. Gadhdhoo Council Presidency is facing multiple charges of child sexual abuse.

Mohamed Ahmed from Vincent, GDh. Gadhdhoo had previously served on the island council. He was charged with the commission of child sexual abuse in 2015 during his previous term in the council. The case is still underway at the Magistrate Court of Gadhdhoo when PPM awarded him the ticket for the council presidency in the upcoming elections.

Prosecutor General’s Office Media Official and Public Prosecutor Ahmed Shafeeu confirmed to Sun that  Mohamed Ahmed was facing two charges in a separate incident reported last year. The charges revolve around possession of pornographic material and showing pornographic content to a minor. The new charges were made in November last year. Mohamed Ahmed is currently being held at the Maafushi Prison in relation to the charges.

A source familiar with the case from Gadhdhoo said to Sun that Mohamed Ahmed had with bad intentions texted vulgar and vile messages to a minor studying in Grade 10 last year.

“This time he was arrested for texting a minor on Snapchat. The family reported the matter. Screen recordings of the texts had even been circulated,” said the source. Vile texts sent by Mohamed Ahmed were also received by Sun. The messages showed Mohamed Ahmed had sent pornographic material to the recipient.

The source said that Mohamed Ahmed had served as a school teacher and even as the Imam of the island before being elected as a councilor.

Since the cases have not been decided by the courts, the Elections Commission has not made a decision on the candidacy of Mohamed Ahmed. Despite the serious charges, Mohamed Ahmed's party PPM is yet to make an official comment on the matter. Attempts made by Sun went unanswered by PPM.