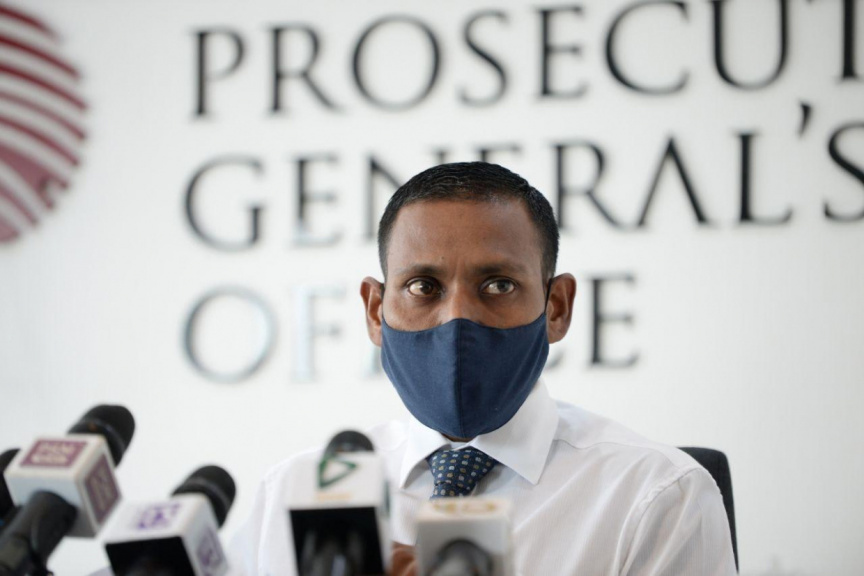 Prosecutor General’s Office said on Thursday that they do not believe the Criminal Court had been right in the decision to release the passport of former Tourism Minister Ali Waheed - who has been charged with multiple sexual offenses – and are working to direct the attention of other relevant institutions toward the decision.

Criminal Court issued a travel ban order and ordered the seizure of Ali Waheed’s passport in July last year, after the police launched an investigation against him for the sexual harassment and assault of multiple female employees at the Tourism Ministry.

The Prosecutor General’s Office later requested an extension to the order, arguing that Ali Waheed is considered a flight risk.

However, the court overturned the travel ban order on Tuesday, February 9, and Ali Waheed departed to London the same day - sparking criticism against the government, the Prosecutor General’s Office, and the court.

In a statement on Thursday afternoon, the Prosecutor General’s Office said the court acted in contravention of standard procedure for issuing such orders when it issued the order to release Ali Waheed’s passport, and that the office is working on directing the attention of relevant institutions towards the issue.

The Prosecutor General’s Office said that they argued in court that the passport of a person considered a flight risk must only be released if the person has a serious medical condition requiring urgent medical attention that cannot be adequately treated in Maldives.

They said they also told the court that they cannot determine such an urgent situation exists without reviewing Ali Waheed’s medical documents, and was shown a letter from Dr. Ali Muznee from Tree Top Hospital recommending treatment from overseas.

When shown the letter, the State told the court they are unable to respond to the letter without confirming the authenticity of the letter, or consulting with a medical expert as the letter contained medical terms beyond the understanding of laymen.

The court made the decision to order for a new medical check-up to be done on Ali Waheed from Indhira Gandhi Memorial Hospital (IGMH).

The Prosecutor General’s Office said that they have yet receive the documents regarding the check-up from IGMH, and but the court held a hearing to discuss the documents on February 9.

The court summoned orthopedician Dr. Shan Yoosuf to provide his opinion as a medical expert. Dr. Shan said that the medical documents show Ali Waheed has been advised by a doctor to undergo surgery to treat a serious issue with a spinal disk, and that though the surgery in question can be done in Maldives, because Ali Waheed suffers from additional medical complications, he does not recommend that Ali Waheed undergo surgery in Maldives due to shortage of necessary equipment, and because similar surgeries in Maldives have resulted in fatalities, including a recent fatality.

Following testimony from the expert witness, the State said they did not wish to prevent anyone’s medical treatment, and do not object to allowing him to travel overseas. They however asked that the passport remain confiscated, and Ali Waheed instead be issued a temporary travel document and present a guarantor for his return.

Ali Waheed’s attorney responded that his client has no prior criminal record and no record of fleeing trial. He also argued that possession of a travel document that identifies Ali Waheed as a suspected sex offender will damage his reputation and prevent him from travelling adequately to seek medical care.

The State argued that Ali Waheed does not require a passport to access medical care, and that releasing his passport runs the risk of him remaining overseas for an unforeseeable period of time and destroy evidence.

The Prosecutor General’s Office said they objected to releasing his passport even with a guarantor, because the court order will no longer be enforceable once Ali Waheed leaves Maldives, and lack of confidence over Ali Waheed’s guarantor can be held responsible.

However, the court made the decision to release Ali Waheed’s passport for four months and accept a guarantor, citing he has no prior criminal record and the statements from the medical doctor.

The Prosecutor General’s Office said they have yet to receive documents regarding the release of his passport or the guarantor agreement.

“We do not believe the decision to release the passport to be right,” said the Prosecutor General’s Office.

The Prosecutor General’s Office said that though do not believe the court made the right decision, they learned he had already departed from Maldives before they could make a decision on whether or not to appeal the decision.

The Prosecutor General’s Office said they will take legal action against both Ali Waheed and his guarantor if he fails to return to Maldives within four months as specified in the court order.

He pled not guilty to all seven charges on January 24.