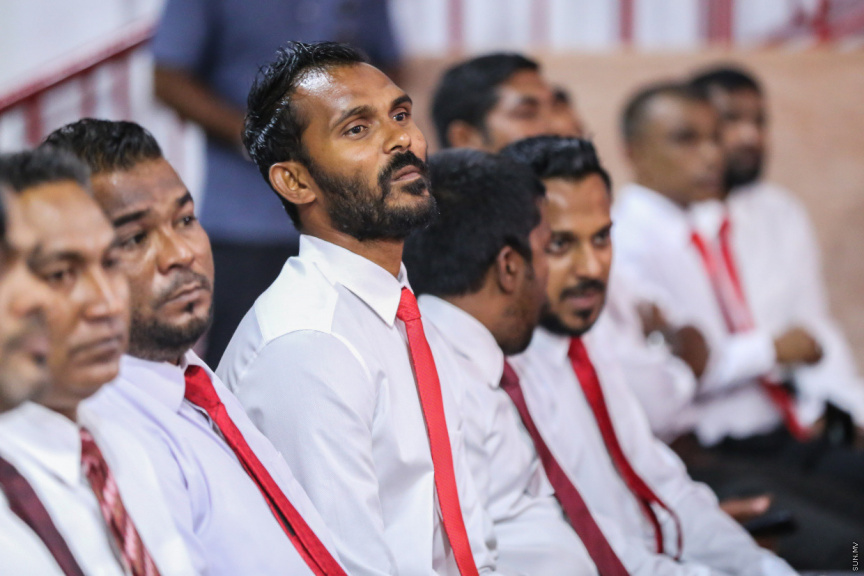 State Minister for Sports, Assad Ali (Adubarey) has been revealed as the guarantor for former Tourism Minister Ali Waheed’s return to Maldives, allowing him to travel overseas as he is prosecuted for multiple sexual offenses, including attempted rape.

The Criminal Court issued a travel ban against Ali Waheed on July 12, 2020. The order was cancelled upon review on Tuesday. He departed to London the same day.

A Criminal Court official told Sun on Wednesday that the court lifted the travel ban after hearing from his medical doctor to confirm Ali Waheed needs to travel overseas for medical treatment. The doctor reportedly told the court that having Ali Waheed undergo the surgery he requires in Maldives could put his life at risk.

After hearing the doctor’s statement, the State prosecution surrendered their objection to allowing Ali Waheed to leave Maldives. The State, however, objected to returning his passport to him, requesting instead that he be sent overseas with a travel document.

However, the Criminal Court overturned its earlier travel ban on him, releasing his passport for the period of four months.

The travel ban order was overturned after Ali Waheed presented a bail guarantor. ‘Sun’ is able to confirm the bail guarantor is Adubarey.

Adubarey has guaranteed Ali Waheed will present himself to the court within four months.

A bail guarantor agrees to ensure the accused will not engage in criminal activity after they are released, that the arrestees will be presented at the instruction of law enforcement agencies for the investigation into the crime they have been accused of, and that they will be presented to court hearings on time.

Judges reserve the authority to release the accused from jail if a person agrees to be a bail guarantor.

Article 64 of Criminal Procedure Code declares violation of agreements by bail guarantors as a criminal offense.

The court reserves the authority to penalize bail guarantors if the accused flees or if the bail guarantor violates the agreement, based on the gravity of the violation.

The court can sentence the bail guarantor to one year in prison, maximum two years of home imprisonment, maximum MVR 15,000 fine, and/or temporary ban the accused from presenting a bail guarantor.

If the bail guarantor violates the agreement or if the accused flees after being granted bail, the court needs to issue an arrest warrant for the accused. The court also reserves the authority to order the accused to jail pending the outcome of trial after the arrest is made.

He pled not guilty to all seven charges on January 24.