Opposition: President’s address nothing but lies and deceit, gives no hope 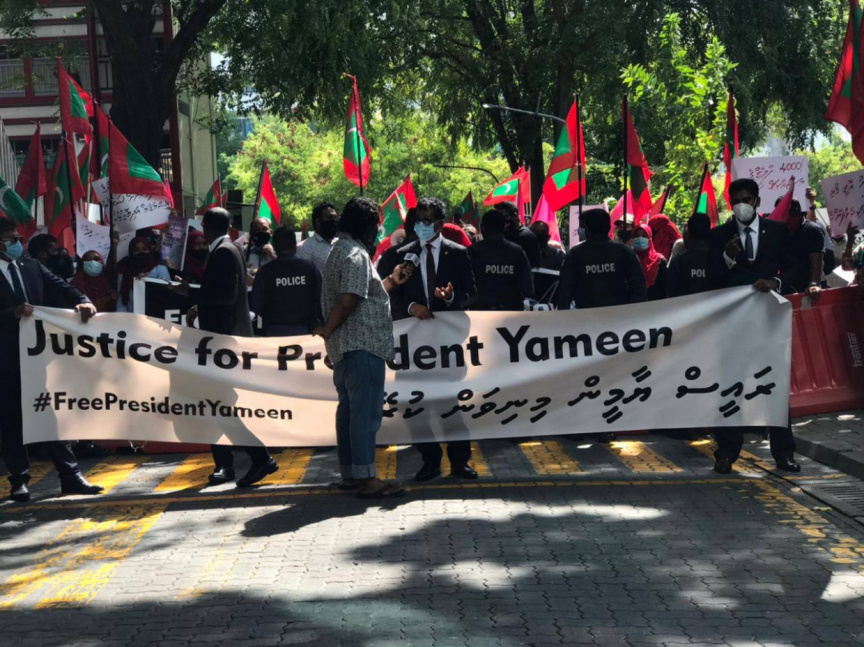 The opposition criticized President Ibrahim Mohamed Solih’s annual address at the reopening of Parliament this Thursday, stating that his address gives no hope, and is based on lies and deceit.

President Solih, in his address, highlighted on the current situation in Maldives and announced his administration’s plans for the year.

He said that he did not gain any hope from the address.

“President Solih’s presidential address in based on lies and deceit, and a gloomy address that gives no hope,” he said.

Voicing his opinion on the presidential address in a tweet, PNC deputy leader Ibrahim Shujau said the address lacks any substance.

“The presidential address leaves people in more despair. He told lies,” he said.

Shujau said that scores of young men and women have lost their jobs, and that there aren’t any who received an income allowance or a loan to alleviate their circumstances.

President Solih said on Thursday that the administration rolled out over MVR 1 billion in COVID-19 relief loans to businesses, including small and medium enterprises.

Progressive Party of Maldives (PPM) deputy leader Dr. Mohamed Muizzu, who served as Housing Minister during former President Abdulla Yameen Abdul Gayoom’s administration, expressed concern President Solih made no mention of plans for the Hiyaa Housing Project, which was rolled out by the former administration.

“It is clear he has no consideration for the feelings of the people from whom the Hiyaa units were taken from or the wait of the people who are to receive the units,” said Muizzu, who is running for Male’ City Mayor on behalf of the opposition.

Opposition parliamentarians boycotted President Solih’s address, choosing instead to stage a demonstration outside the Parliament chamber, in protest over “unfair abuses” against the former President.

Supporters of the opposition coalition also gathered outside the Parliament, demanding Yameen’s release from prison.