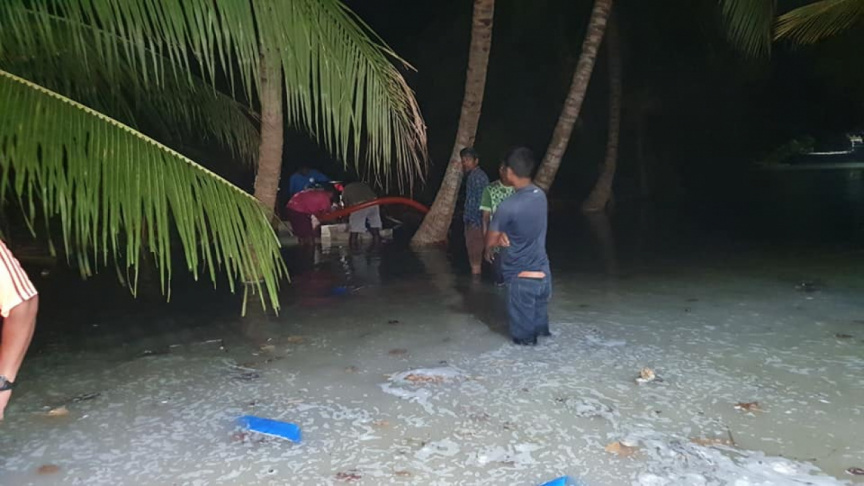 Sh. Narudhoo has been affected by severe tidal flooding, resulting in damages to eight houses.

Narudhoo councilor Mohamed Nizar told Sun on Saturday that the island was affected by tidal flooding from 02:00 am to 06:00 am.

He said that the flooding resulted in damages to eight houses. Two of the houses suffered extensive damages, and are unable to use the kitchen to cook.

“We received reports of tidal flooding affecting the island at approximately 2:10 am. With that, the residents and the council began working on draining the flood water,” he said.

Nizar said the swell waves hit the north eastern coast of the island, where the harbor is located, moving approximately 600 feet inland.

He said that the residents and council workers are stacking sand bags at the entrances of houses, and that the flood water has now been controlled.

Nizar said the island is using three water pumps, and expects the flood water to be drained out by sunset this Saturday, if the island is not affected by further tidal swells.

He also commended the overwhelming support from the local community to control the flooding.

“I note that the residents of our island are a united people. The residents are also assisting the people affected due to this,” he said.