Bioluminescent planktons light up the beaches of Hulhumale' 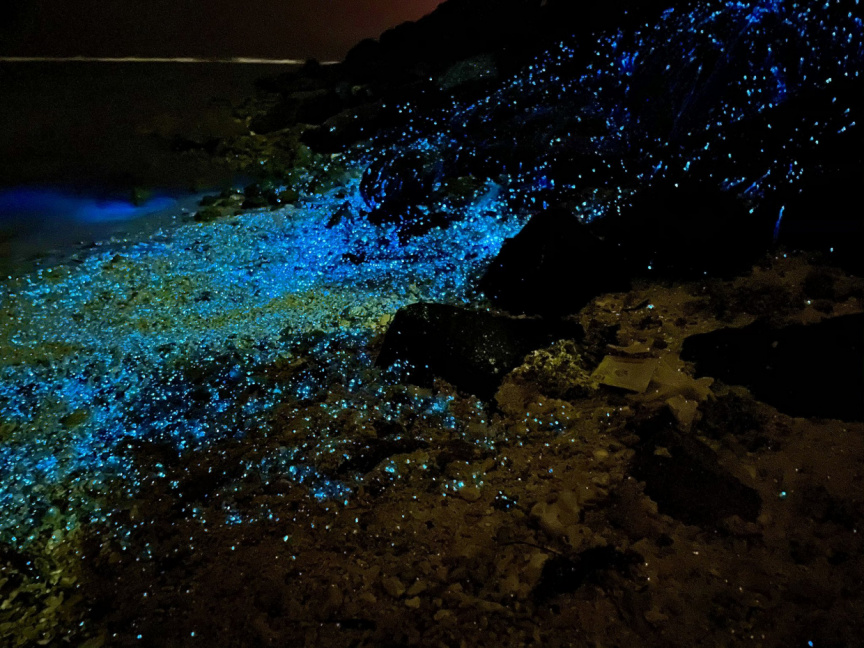 R. Vaadhoo is the island best known in the Maldives for its luminescent beaches. As the year ends, the beaches of the island are home to some of the most spectacular sights of bioluminescent planktons to be seen worldwide. The beach has even been visited by some well-known global TV channels and countless tourists as well.

The sight of bioluminescent planktons lighting up beaches, or Redhan lun as it is known locally, is not that common, even in the Maldives.

However, residents of the suburb of Hulhumale’ adjoining the capital Male’ City, got to view this marvelous sight last night, in a rare occurrence.

Many flocked to the beach to view this and even people from Male’ City crossed the bridge connecting the two islands for the purpose. Children and adults both were left flabbergasted by the spectacle.

“It is really pretty, When I rub my shoes against the sand, my shoes light up. Many were here taking photos.” Said a beachgoer who witnessed the event. The beachgoer added that things were even better when the waves crashed.

This is not the first time the beaches of Hulhuamle’ have experienced this, according to some. But it certainly was the first time it happened on such a large scale.

Second most magical thing to happen this year. pic.twitter.com/3b0LggXgME

Many foreigners describe the event as stars filling the sea. Not that well known is that it is plankton, named as dinoflagellates, which does the trick. Scientists have only recently discovered that the plankton which lights up, does so with a chemical called luciferin and lights up only when agitated.

Some other islands where this can be seen apart from Vaadhoo, include Dusit Thani Maldives resort, N. Fodhdhoo.