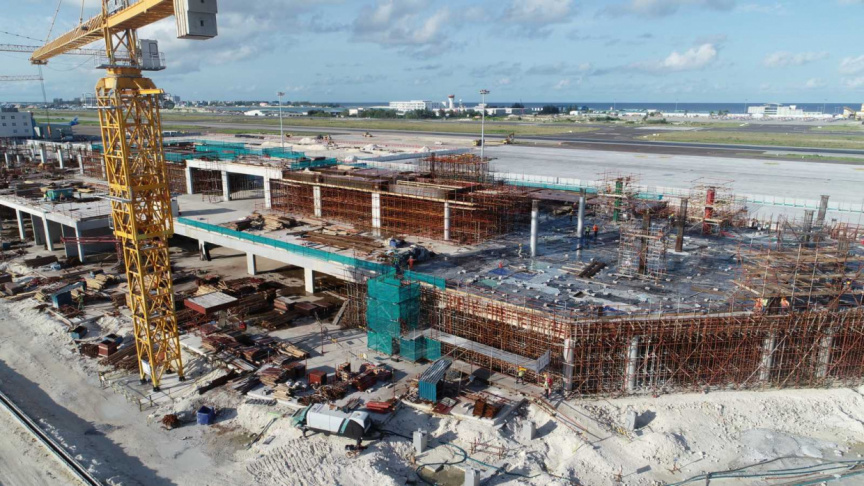 The new passenger terminal at Velana International Airport (VIA) under construction. (Photo/MACL)

When the new passenger terminal at the Velana International Airport (VIA) is finished and in use, the services provided to passengers would see a significant rise in terms of quality, Maldives Airports Company Limited (MACL) has stated.

Speaking with media, MACL’s Managing Director and CEO Gordon Stewart pointed out that the current terminal in use at VIA had aged and been in use for a long time, which meant that tourists coming to the Maldives were not provided the services that MACL wished to provide them.

Gordon said that MACL was targeting to provide the same experience as a high-end resort of the Maldives from the new terminal. He added that the domestic terminal would also give a similar experience to the international one as well before noting that MACL did not wish to place a difference in terms of quality between the two terminals.

Enhancement of domestic terminal services is underway, and results could be seen as soon as next year, according to Gordon.

The new terminal is being constructed in an area of 78,000 meters in the Southwest of the current terminal and a cost of USD 300 million.

The new terminal would cater for around 7.5 million passengers per year and will be operational with modern technology and equipment.

Saudi Arabia’s Bin Laden Group are contracted with the development of the new terminal at VIA.