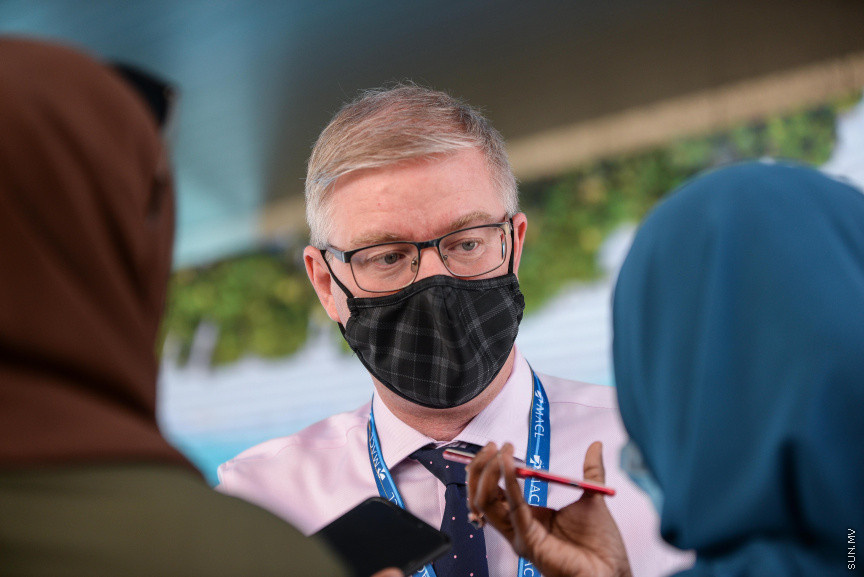 Maldives Airports Company Limited (MACL)’s Managing Director and CEO Gordon Stewart has stated that the new seaplane terminal developed at the Velana International Airport (VIA) is expected to be in service in the second quarter of 2021.

Responding to a question by Sun, during a media interaction session, Gordon said that the lounges of the new seaplane terminal were now up for bidding and that the terminal could be in service by next year.

He noted that problems had risen regarding the terminal, but stated his hopefulness that it could be in service by next year.

Debates and arguments were observed over which party will be awarded to manage the terminal. Allegations that Trans Maldivian Airways (TMA), the world’s biggest seaplane operator, was to be unfairly awarded the contract were even investigated by the Anti-Corruption Commission and the Parliament.

The government has now decided that TMA and Manta Air will be provided an area of the terminal equivalent to their current areas of use at the same price rate.

The national carrier, Maldivian has stated that it did not wish for space to be allocated from the terminal and the remaining area of the terminal is to be rented out under a bidding procedure.

The terminal was constructed at a cost of USD 55 million and construction was commenced in 2018. It was expected for the terminal to be in service by mid-2020 but was put off for various reasons.

The new runway of the VIA can only be used once the location of the current seaplane terminal is cleared, but this can only happen when operations are moved to the new terminal.

Gordon said that the operations of the airport also had to be enhanced when carrying out development projects. He noted that an experienced official had been appointed as VIA’s Operational and Readiness Airport Transfer position. The individual has previously worked in the management of several middle-eastern airports and was from India.