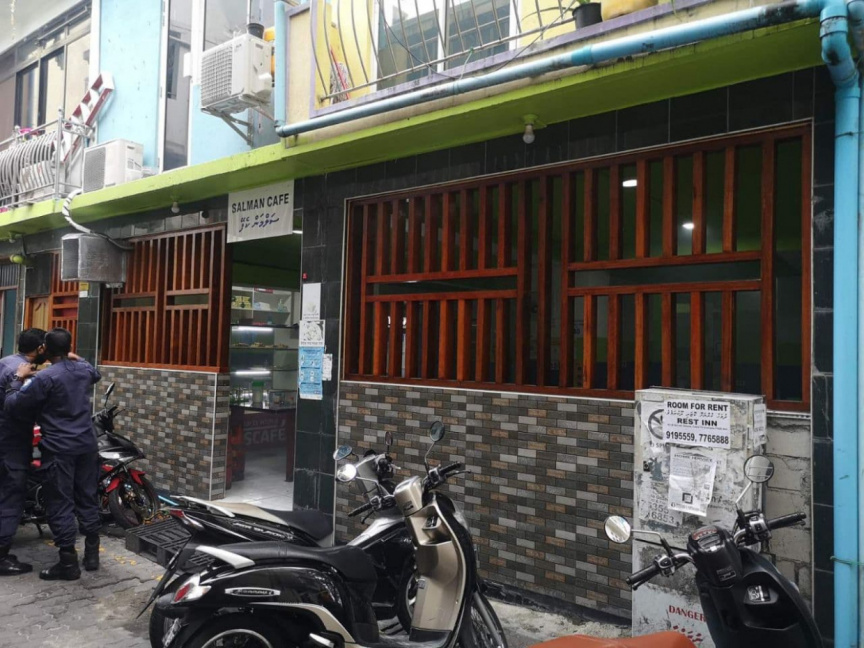 A fire incident was reported at the Salman Cafe on December 18, 2020.

The employees of a café in Male’ City which caught fire today fled the scene when Fire and Rescue services attended the scene.

Maldives National Defense Force (MNDF) stated that the fire happened in a café in the Karankaa Magu of Male’ City named Salman Café.

The incident was reported around 11:15 and the fire was controlled shortly by the authorities.

A towel placed on the mouth of a gas cylinder in the café caught fire, causing the incident, according to MNDF.

Police said that the expatriate employees of the café had fled the scene after the incident.

UPDATE:: Police have confirmed that an expatriate worker of the cafe was injured in the incident and is receiving treatment at IGMH hospital. Injuries sustained by the worker are reportedly not serious.