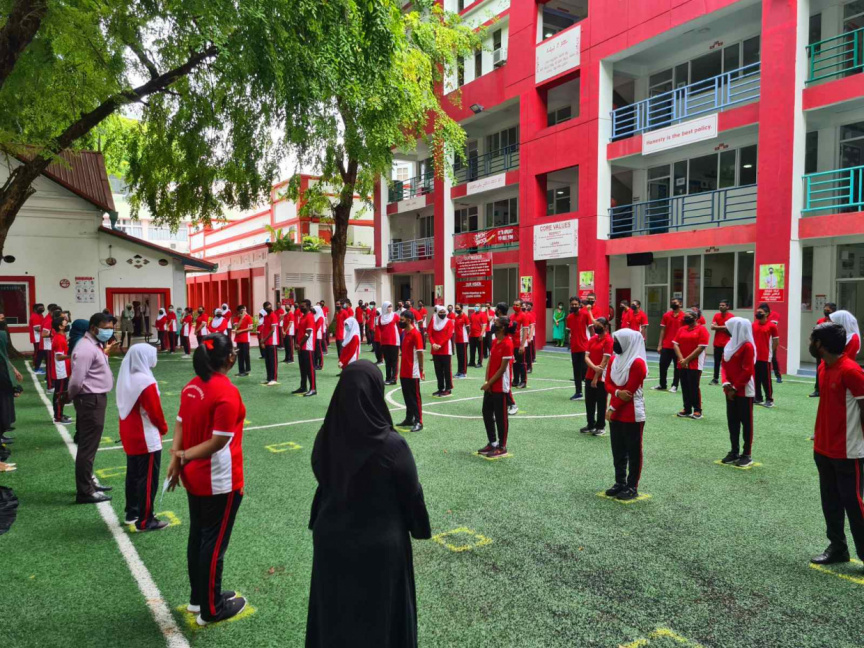 The first term of the school year has been concluded with virtual ceremonies to award the report cards to students.

Schools are now officially closed and will recommence on January 10, for the second term of 2020. The next academic year will commence on August 10, 2021.

The Maldives saw the closure of schools due to COVID-19 in March. Schools only reopened in July in islands other than Male’ City which remains as the epicenter of the virus. In the capital, schools were reopened for secondary grades while classes for lower grades are conducted online.