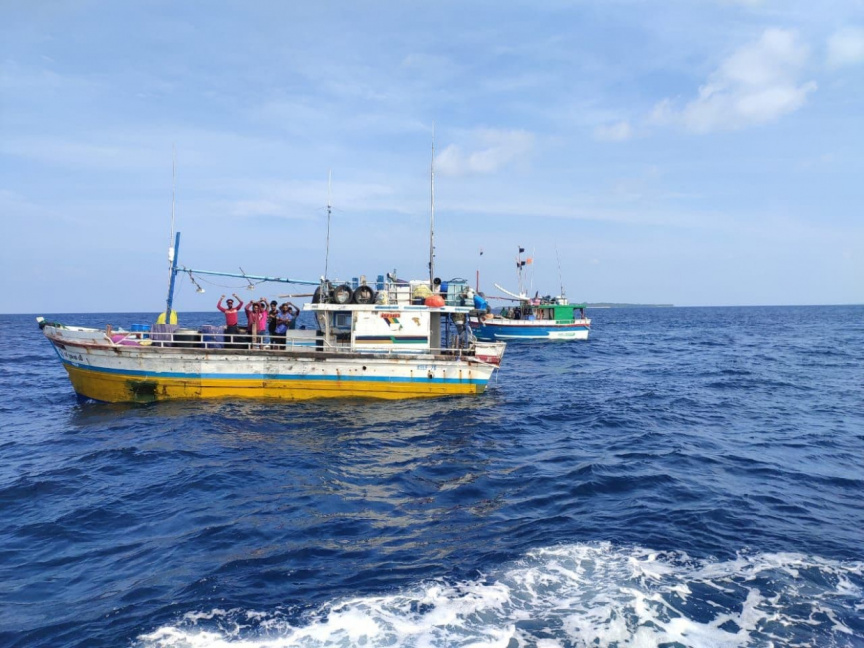 Maldives National Defense Force (MNDF) has assisted two fishing vessels from Sri Lanka which ran into trouble at sea near the Maldives.

MNDF Northern Area squadron stated that it had assisted the two fishing vessels which were caught in the bad weather caused due to Cyclone Burevi. The two vessels were left drifting at sea after they lost track of their directions.

The two boats were located by a Maldivian fishing boat named “Moosun 7”, close to H. Dh. Kumundhoo. The boat reported their findings to the authorities around 8:33 in the morning.

The two boats were rescued and brought to the port H. Dh. Kulhudhuffushi around 10:45 in the morning. Government institutions were now working on matters related to the two boats.

MNDF to hold firework show in Hulhumale' for new year