Committee classifies mutiny within police as a separate crime 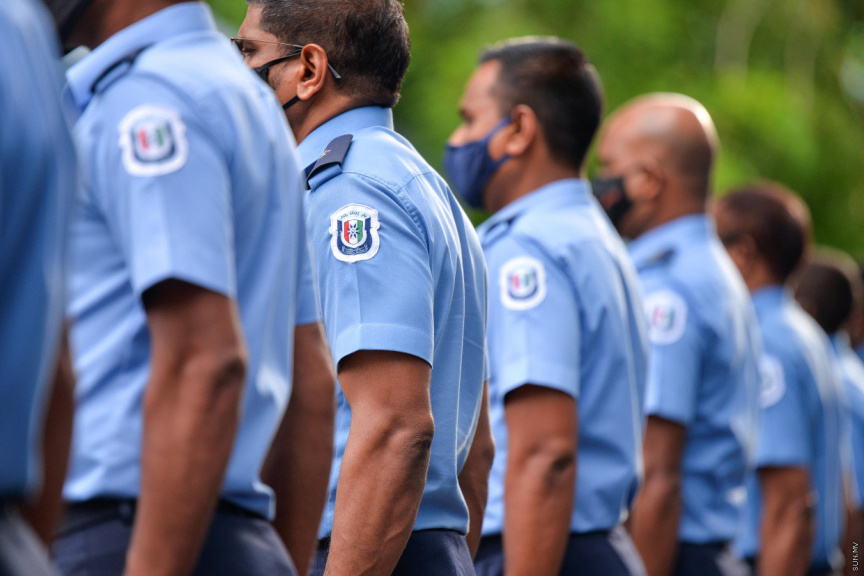 The Parliament’s Committee on National Security Services has passed amendments to the Maldives Police Service Bill, classifying mutiny as a separate crime, whereby police officers could be charged separately for actions of mutiny amounting to a coup if the bill becomes law.

Under the bill, a police officer could be charged with mutiny separately, and would not be exempt from a separate charge of mutiny under a separate act. This would not mean that the officer is being charged twice for the same offense separately.

Under the Criminal Procedure Code, mutiny is currently classified as a crime. The Committee amended the bill so that a separate chapter is included under crimes committed by the police, which also includes mutiny as a crime.

Under the bill, police officers taking part in an act of mutiny or conspiring to do so is classified as a crime. The bill also gives a wide meaning to the definition of the crime of mutiny.

Actions amounting to mutiny or instigating a coup according to the bill include depriving a senior officer of their power or authority, failure to carry out orders or instructions or refusing to attend duties when ordered so by senior officers in situations of threatening national security. Deprivation of officers from carrying out their duties, disobedience towards an officer on duty, forcefully taking weapons away from another officer, and damaging buildings, equipment used by police also amounts as mutiny.

Any ultra-vires order or unconstitutional order made towards police is also classified as a crime and police are not to obey these orders.

The current speaker of the parliament Mohamed Nasheed and his party have often alleged that the chaos observed in 2012 which saw the democratically elected government resign, was the result of a coup by police officers. Nasheed is still observed expressing his displeasure towards the events. However, a Presidential Commission inquiry into the events had determined that the events were not enough to constitute a coup.