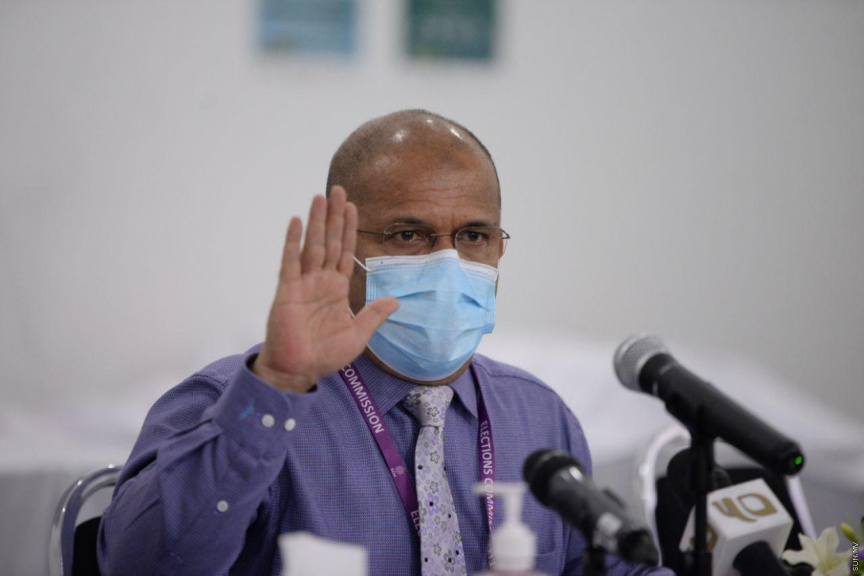 The Elections Commission of the Maldives has stated that preparations are being made to hold the postponed local council elections and women's development committee elections on March 6, 2021. The elections originally scheduled to be held in 2020, were postponed due to COVID-19.

In a TV program of Raajje TV last night, Elections Commission President Ahmed Shareef said that according to the law, the elections were to be held within seven days after the announced public health emergency in the Maldives in relation to COVID-19 was declared as over.

However, since elections cannot be held all of a sudden, Shareef said that a schedule was prepared for the elections now.

Shareef warned that this was not a final date and was decided based upon a lot of circumstances including the relevant laws which require the election to be held within a year and the month of Ramadan which comes in May, which is the deadline to hold the election, as stipulated by law.

"However, the Commission has not decided anything. We will announce the date for the election when the public health emergency is declared as over," said Shareef who added that candidates would be given sufficient time to campaign before the election as per the law.

The local council elections were scheduled for April 4, 2020. A total of 980 councilors including island and city councils will be elected, while it is expected for 2,400 candidates to contest in the elections.

The elections were only pushed back after a constitutional amendment that took its time in the parliament.