Transport Minister: No plans to introduce toll charges for access to Sinamale’ Bridge 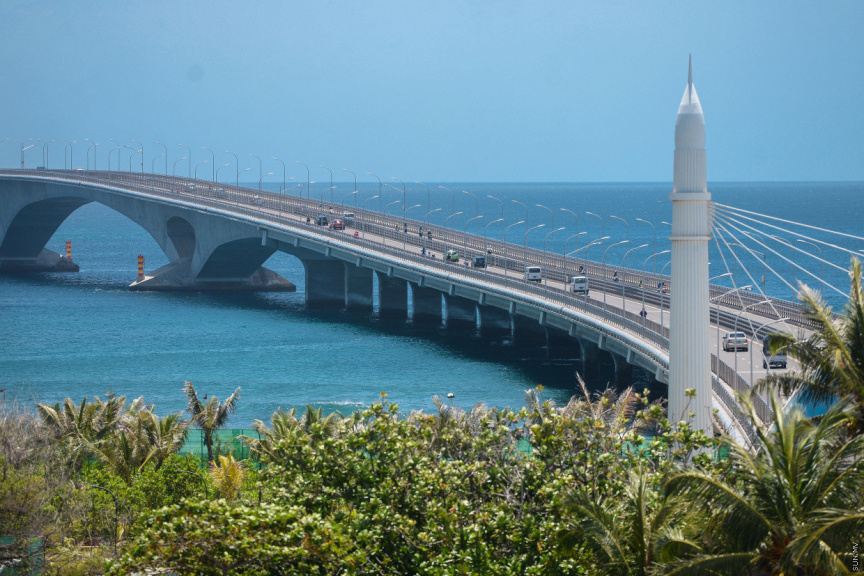 Transport Minister Aishath Nahula has stated the current administration does not plan on introducing toll charges for access to the Sinamale’ Bridge, which links Male’ City with suburban Hulhumale’ and Hulhule’.

In response to a question by a listener during Dhivehi Raajjeyge Adu’s radio show Ahaashey Bunaanan, Nahula said that access to the bridge is an essential service.

Nahula said that the people are entitled to a convenient transport system, and that the key responsibility of any government should be to provide easy access to essential services.

“Therefore, we do not plan on imposing any fee for the bridge,” she said.

The bridge was built during the administration of former President Abdulla Yameen Abdul Gayoom. The former administration had stated any potential charge for access to the Sinamale’ Bridge will be to cover maintenance cost, and had even allocated a budget of over MVR 56 million to install an electronic toll system.

However, the plan to introduce toll charges for access to the Sinamale’ Bridge when President Ibrahim Mohamed Solih came to power in 2018.