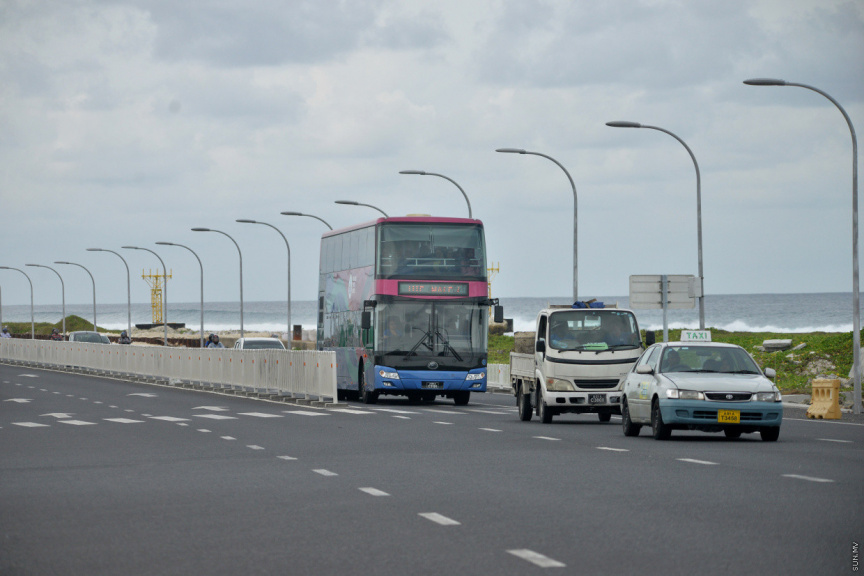 A survey conducted by the Maldives National University Student’s Uniion (MNUSU) in collaboration with the Maldives-China Trade and Cultural Association shows the majority of the Maldivian population is in support of imposing toll charges for use of the Sinamale’ Bridge and the Hulhumale’ Highway.

The results of the survey, which comes a few days ahead of the one-year anniversary of the opening of the Sinamale’ Bridge, shows 66 percent of the participants of the survey are in support of imposing toll charges for the use of the bridge and the adjoining highway.

The Sinamale’ Bridge was opened to the public on September 7, 2018, and currently provides toll-free access to commuters between Male’ City, Hulhumale’ and Hulhule’.

74 percent of the participants believed motorcycles should be exempt from toll charges, and recommended a toll charge of MVR 5 – MVR 10 for four-wheeled vehicles.

A lesser 26 percent believed a low toll charge of MVR 5 can be charged on motorcycles.

Participants of the survey were also questioned regarding the helmet regulation imposed on the bridge and highway. 46 percent of the participants said helmets were an inconvenience, but conceded it was a necessary safety precaution.