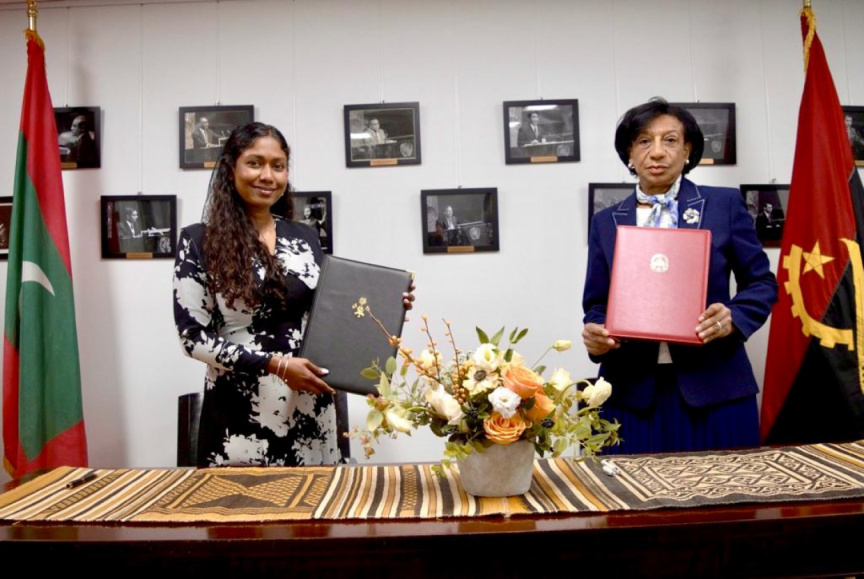 Angola, with its population of approximately 32.5 million, is situated on the Southern African plateau, bordering the South Atlantic Ocean.

Angola is the 173th country Maldives has established formal diplomatic relations with.

Maldivian Foreign Ministry described the establishment of diplomatic relations between Maldives and Angola as “a historic opening for cooperation connecting the peoples of the two countries in all areas of mutual interest.”

Foreign Ministry said that cultivating meaningful partnerships with every country that respects and values friendship is a key priority of President Ibrahim Mohamed Solih’s foreign policy.