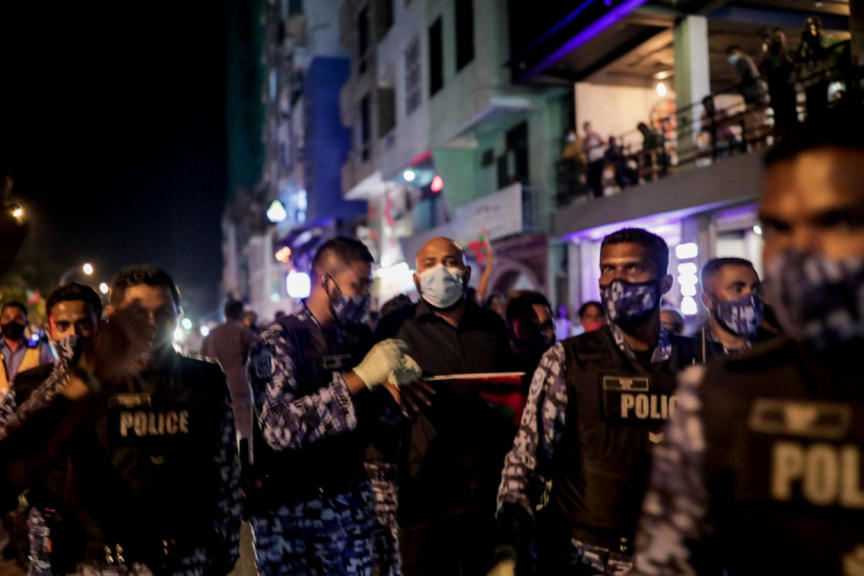 Police said that they were taken into custody for violations of HPA guidelines against public gatherings despite being advised.

Gulf Air to resume direct flights to Maldives in Dec.