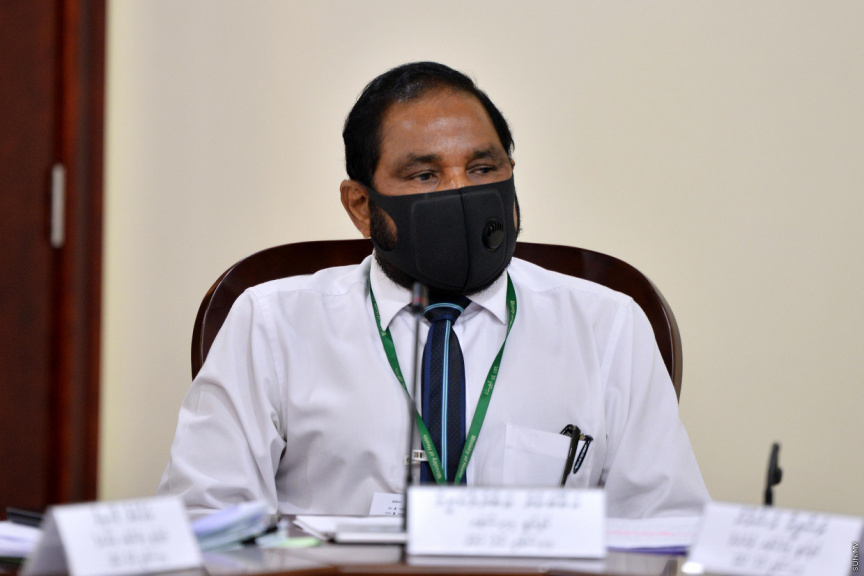 Senior officials from Health Ministry, on Tuesday, described the compliance audit report on Health Ministry’s COVID-19 related spending as unfair, and based on inaccurate information.

Senior officials from the Health Ministry were summoned for an inquiry initiated by the Parliament’s Public Accounts Committee on the findings of a compliance audit on the institution’s COVID-19 related spending on Tuesday afternoon.

The biggest issues highlighted in the compliance audit report are linked with the contracts awarded to three private companies to procure ventilators needed to treat COVID-19 patients in critical condition, primarily the MVR 34.50 million contract to Dubai-based Executors General Trading to procure 75 ventilators.

Health Minister Abdulla Ameen said that the comments on the audit report that Health Ministry failed to obtain necessary permits as advised by the Attorney General were inaccurate. He said that the Health Ministry made the decision to award the contract to procure ventilators under single-source procurement and to transfer the advance payment to Executors General Trading after obtaining necessary written approvals from the Finance Ministry.

He said that the Health Ministry had also obtained necessary approval from Finance Ministry before transferring the second advance payment.

Meanwhile, Ameen, who has voluntarily stepped aside from his duties as Health Minister pending an investigation into the audit findings, voiced concern over how his communications with World Health Organization (WHO) Country Representative to Maldives Dr. Arvind Mathur regarding the procurement of ventilators was portrayed on the audit report.

He insisted that his communication with Dr. Mathur had been official, and that Executors General Trading had been selected based on a contact he had provided.

He said that he refused to accept it, and that the audit failed to explain “why the communications should not be treated as official”.

Ameen insisted that the communications had been carried out under his official capacity as Health Minister, and that it was “the irrefutable truth.”

He said that none of the information was considered in the audit.

“Health [Ministry]’s employees, regardless of how tirelessly they were working at the operations center, provided information for the audit. To ACC too. But this information was not included. And it’s not because we failed to provide sufficient information that it wasn’t included in the report,” he said.

Birth rate rises in atolls, but drops in Male’

Diabetmin – the most imported medicine in 2020

Salary delays due to HR department being COVID positive