Attempt made to transfer ventilator payment to personal bank account 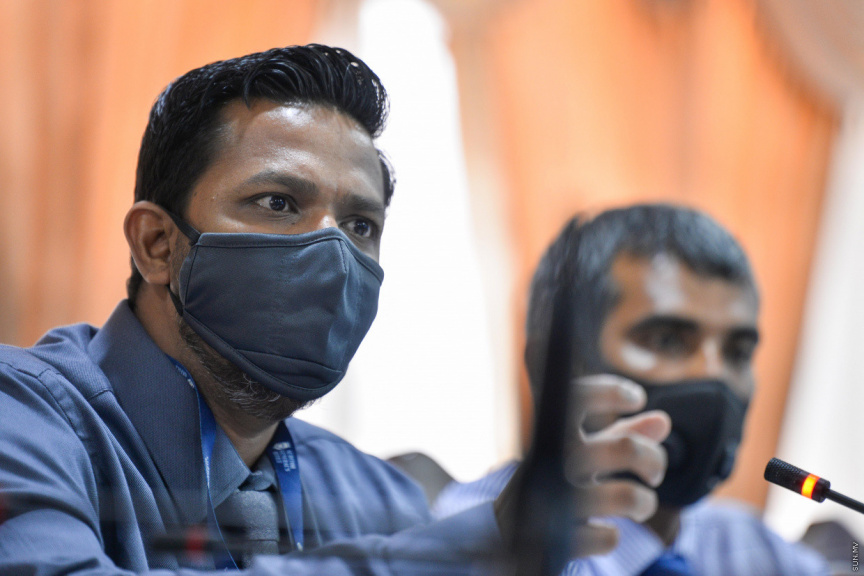 The Auditor General’s Office said on Tuesday that it discovered during the course of its audit that the Health Ministry had initially attempted to transfer the MVR 30.91 million advance payment to Dubai-based Executors General Trading, contracted to supply 75 ventilators, to a personal bank account.

Auditor General’s Office released its compliance audit report on Health Ministry’s COVID-19 related spending on Sunday. It revealed that Executors General Trading had not been awarded the MVR 34.50 million contract at the recommendation of World Health Organization (WHO) as was previously claimed by government officials, and that the Health Ministry did not secured a performance guarantee from the company, or an advance guarantee when it paid MVR 30.9 million (90 percent of the total payment) as an advance.

Senior officials from the Auditor General’s Office, including the Auditor General Hassan Ziyath himself, were summoned for a session with the Parliament’s Public Accounts Committee for its review into the audit findings on Tuesday.

In response to a question by Felidhoo MP Ibrahim Fazul, Ibrahim Fazeel, the Director at Auditor General’s Office, said that an initial attempt was made to transfer the advance payment to Executors General Trading to a personal bank account. He said that documents show Health Ministry itself attempted to make the transfer, but that the move was blocked by the Finance Ministry.

“There’s evidence of initial communications to attempt to transfer the money to a personal bank account. But Finance [Ministry] rejected it. That’s why it didn’t happen,” he said.

Fazeel said the payment was later transferred to an account under the name Executors General Trading.

When questioned regarding details of the personal account to which the initial transfer attempt was made to, Assistant Auditor General Ibrahim Aiman said the account was registered to one Dr. Ali Tahmati.

Auditor General Hassan Ziyath responded that the audit does not show any wrongdoing on Ameer’s part, and that the greatest negligence had been from Health Ministry’s Finance Executive Ahmed Aslam and the members of the Health Ministry’s bid committee.

He also said that determining whether Health Minister Abdulla Ameen had been negligent requires further investigation.

President Ibrahim Mohamed Solih has ordered the Anti-Corruption Commission (ACC) and Maldives Police Service to conduct a joint investigation into the audit findings.

Ameen has stepped aside from his duties as Health Minister pending the outcome of the investigation, while the Health Ministry's Finance Executive and members of the bid committee have been placed under suspension.