Ziyath: Audit does not show wrongdoing from Finance Minister Ameer 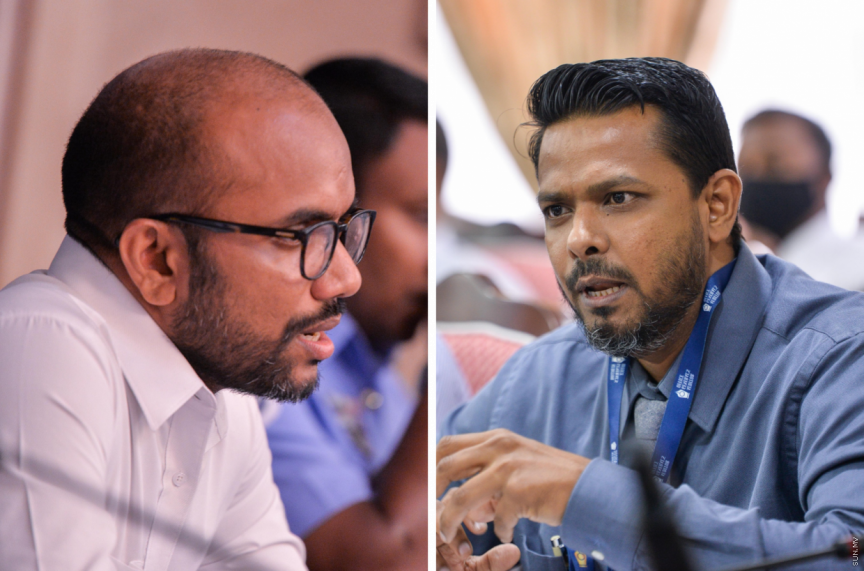 The Auditor General’s Office released its compliance audit report on Health Ministry’s COVID-9 related spending on Sunday. It uncovered fraud and corruption in the award of contracts for supply of ventilators. Finance Minister Ameer has been accused by some to be complicit in the wrongdoings.

Senior officials from the Auditor General’s Office, including the Auditor General Hassan Ziyath himself, were summoned for a session with the Parliament’s Public Accounts Committee for its review into the audit findings on Tuesday.

In response to a question by Dhaandhoo MP Abdulla Yauqoob, Ziyath said the audit does not show Ameer to have been complicit in the corruption uncovered from within the Health Ministry.

“The documents show, and the letter [sent from Finance Ministry to Health Ministry] shows they were given approval to carry it out in accordance with regulations, and through the bid committee. Therefore, the audit does not show Finance Minister to have been involved in wrongdoing,” he said.

Ziyath noted that the audit is not of the Finance Ministry, but the Health Ministry.

He said that not all payments from other ministries require evaluation and approval from the Finance Ministry, and that the responsibility falls on the finance executive of the ministry in question.

“You may question what the responsibility of the Finance Ministry is, when such a large advance payment is approved. The Public Finance Act grants the Finance Minister the discretion to grant approvals depending on certain circumstances, for example, a national crisis such as this,” he said.

Ziyath said that while the law grants the Finance Minister the power, documents show Finance Ministry instructed the Health Ministry to carry out the procurement process in accordance with regulations.

He said that the greatest negligence had been from Health Ministry’s Finance Executive Ahmed Aslam and the members of the bid committee.

The audit revealed that Dubai-based Executors General Trading which was awarded a MVR 34.50 million contract to supply 75 ventilators, was not awarded the contract at the recommendation of World Health Organization (WHO) as was previously claimed by government officials, and that the Health Ministry did not secured a performance guarantee from the company, or an advance guarantee when it paid MVR 30.9 million (90 percent of the total payment) as an advance.

The company delivered only 11 ventilators, which were not the agreed brand, and did not pass functionality assessments. They were rejected by the Health Ministry.

Ibrahim Fazeel, the Director at Auditor General’s Office, told the Public Accounts Committee on Tuesday that an initial attempt was made to transfer the advance payment to a personal bank account. He said that documents show Health Ministry itself attempted to make the transfer, but that the move was blocked by the Finance Ministry.