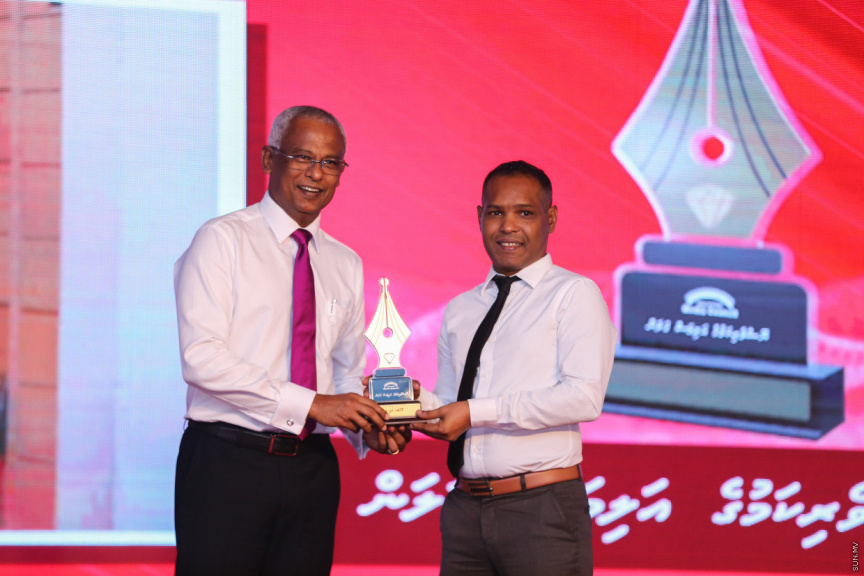 Investigative authorities have been presented with a petition signed by 73 journalists working at 19 different local news outlets asking for action against Adam Haleem in response to the allegations.

In a statement in response to the petition on Thursday, MCC stressed that cases of sexual assault and harassment are serious crimes which result in long-term physical and psychological trauma to victims.

The council announced its support to individual and organizational efforts to eliminate such crimes from the community.

In its statement, MMC said that journalists engage in hard work, and said that the contribution of female journalists deserve commendation.

“Therefore, this council will not condone any form of harassment directed at them. And this council finds continued allegations of such incidents deeply concerning,” said MMC in its statement.

MMC said that it has been informed that Maldives Police Service and Gender Ministry have been requested to launch a criminal investigation in response to the allegations, and that the council requested the police to expedite the investigation on Wednesday.

MMC said it is committed to working with journalists to seek justice, and will closely monitor the investigation into the case.

Mohamed Muzain Nazim, a journalist at Sun who initiated the petition, said that he received a letter from the Home Ministry confirming that the police have launched a criminal investigation into the case.

The petition, which was sent to the police, Gender Ministry, and the President’s Office, asks the state to consider stripping suspects of such serious allegations of the awards and honors they may have been conferred by different state institutions, to investigate such allegations, and to deliver due punishment to those found guilty of such allegations.

The journalists who signed the petition have asked that institutions have regulations in place to prevent individuals suspected of such serious crimes to be conferred awards and honors.