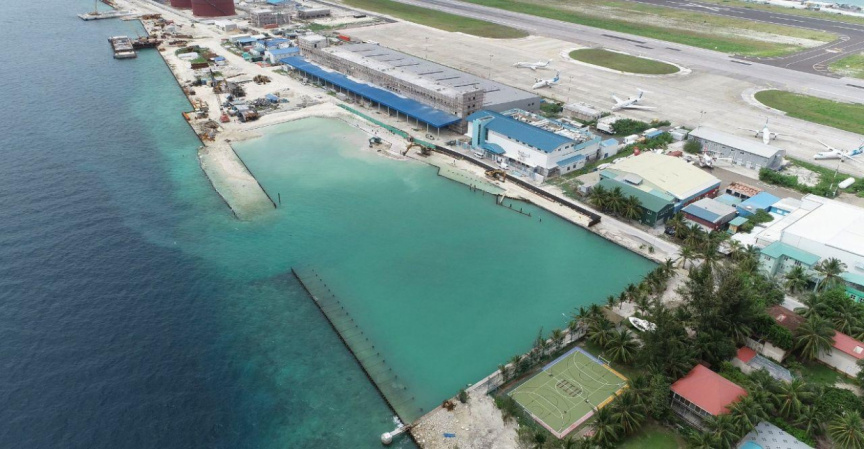 Maldives Airports Company Limited (MACL) has said that work on the new jetty area at Velana International Airport, developed in accordance with the new cargo terminal is underway.

MACL said that the new jetty would permit cargo vessels to port more conveniently and that all necessary equipment would also be installed at the area as part of the project. They include cranes to load and unload air cargo. The project is scheduled for completion by February 2021.

The terminal is being developed next to the inflight catering services building at VIA, in an area of 12,000 sq. meters. The area in front of the cargo terminal will be utilized for cargo clearance and store equipment of agents. The jetty area has a total of 15,000 sq. meters.

The new cargo terminal includes an export terminal, import general terminal, and a perishable import designated area, according to MACL.

The current terminal at VIA permits the handling of 50,000 tons of cargo per year. With the new terminal, the figure could increase to 120,000 tons.