Amendments to permit appointment of MDP members as Ministers submitted 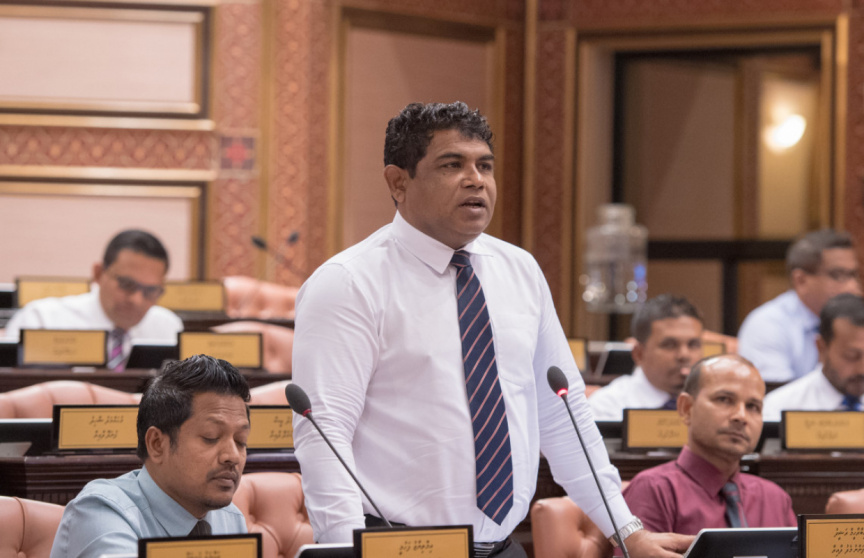 Central Maafannu MP Ibrahim Rasheed has submitted amendments to the general regulations of the Maldivian Democratic Party (MDP) to the appointment of MDP members for the role of cabinet Ministers, once a Minister loses the post.

MDP is the main governing party of a coalition of parties that include MRM, Adhaalath Party and Jumhooree Party as well.

MP Rasheed who is also a member of MDP presented the amendments which read that the political party of a Minister who is dismissed from the post due to allegations such as but not limited to sexual abuse, would immediately lose that slot in the cabinet.

Under such a situation, a new appointment is to be made by a party that has an excess of 50,000 members under the Elections Commission registry. Only MDP has the necessary numbers to do this.

MP Rasheed said to Sun that the amendment was presented to create accountability and stop corruption and sexual harassment. He added that it was also the intention to increase the participation of parties with more members rather than parties with fewer members as part of developing democracy. The amendment was also intended to encourage smaller parties to increase their members.

“The situation now prioritizes the coalition agreement more than the rights of citizens. This is damaging to the public. When they lose the post, they are granted it again. There is no way to hold that person responsible or accountable.” Said MP Rasheed.

He added that the country was being governed by smaller parties and that no results were seen due to this factor. Those who can do good, are on the sidelines, said MP Rasheed.

When asked if the amendment would resolve the matter, MP Rasheed noted that the President was from MDP and that someone from the party elected to that post, would also respect the general regulations of the party.

When asked why the amendment was not brought in the form of a law, MP Rasheed said that the law was not respected and that the general regulation was more appropriate to be amended in such a manner.

MP Rasheed’s amendment comes after more than a month since Ali Waheed was dismissed from the post of Tourism Minister following multiple accounts of sexual abuse and harassment in the workplace. Ali Waheed was appointed to the post by his party Jumhooree Party. The party recently appointed Dr. Abdulla Mausoom to the post after Waheed’s dismissal by the President. The post is designated for Jumhooree Party under the coalition agreement.