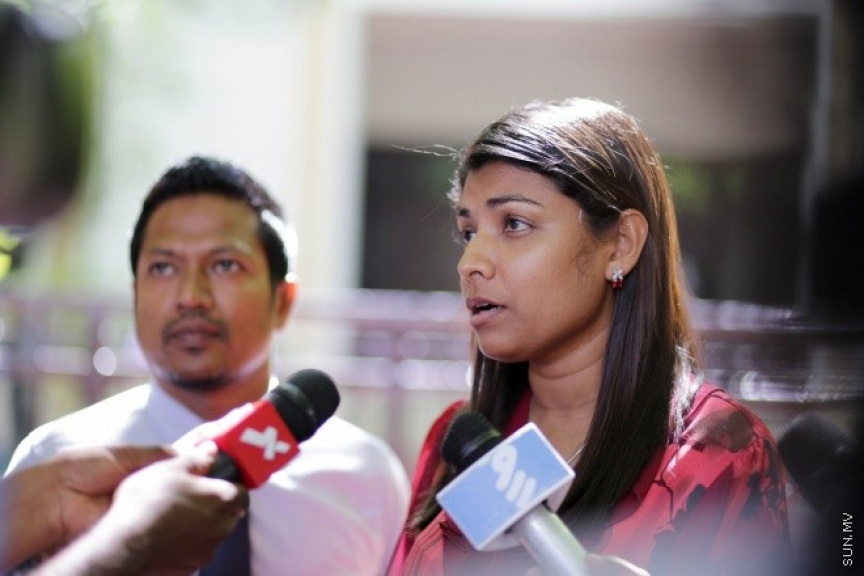 Addu Meedhoo MP Rozaina Adam has also spoken out against the current issue of residence visa, hotly debated in the Maldives.

Granting a residence visa to expatriates making a ‘significant’ investment to the Maldives or leasing a residence in the Maldives for a period longer than ten years or marrying a Maldivian was proposed by Speaker of the Parliament Mohamed Nasheed. Nasheed proposed to amend the current laws regarding visas.

At a time when the issue is hotly debated and under scrutiny, MP Rozaina has also spoken out about the issue. Rozaina said that she was also against granting a visa to an investment of just MVR 100,000.

“Only when a substantially right investment is made, should a residence visa be granted. Whenever someone rents a residence, they should not be granted a visa. This is unacceptable.” Said Rozaina.

Nasheed proposed the move after the Parliament Committee reviewed and assessed the original amendment and sent it to the parliament. Nasheed resent the bill to the parliament, recommending the move.

During the Committee phase, many MDP MPs also criticized the move.

Nasheed also spoke on the contentious issue of expatriates yesterday. In an essay he wrote, Nasheed said that the issue cannot be resolved by arresting expatriates and repatriating them. The issue can be resolved by letting them stay, which was a tactic some other countries were also considering, said Nasheed.