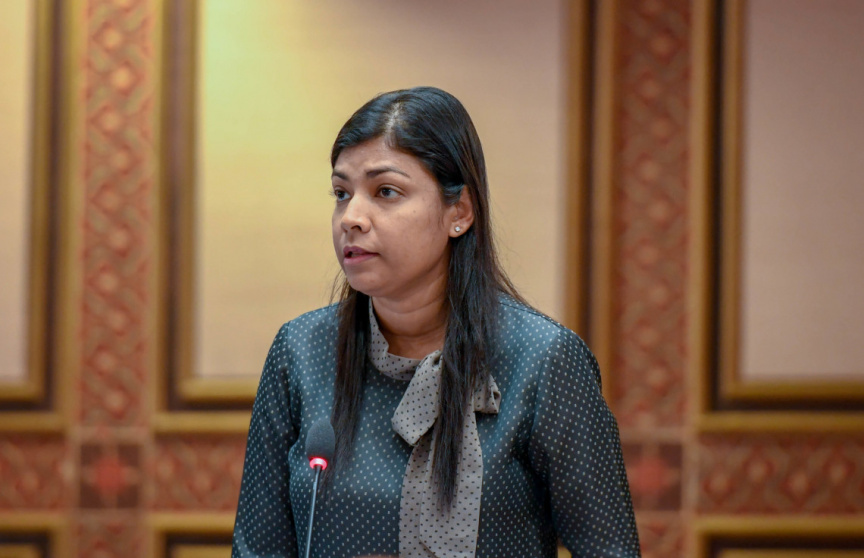 Parliament’s Deputy Speaker Eva Abdulla, citing Nasheed’s daughter, said that his phone was snatched while he was having lunch with his family in a restaurant in the UK – after which the thief fled the scene.

The news of Nasheed’s phone being stolen comes at a time he has claimed to have gotten a hold of explicit photos of President Ibrahim Mohamed Solih with a woman.

Commenting on the matter, Rozaina told Sun that she does not believe a person can snatch a phone in possession of a Nasheed whilst he is having a meal at somewhere. She added that these claims were a big joke.

“Phone has been lost after remarks were said about some photos. Then, there is no obligation to disclose the photos. That is the end of it. But a person that had sent these photos should exist. Respectively, this person must have the pictures,” she had said.

Speaking further, Rozaina said that Nasheed is accompanied by security personnel wherever he goes. Therewith, she stressed that a thief snatching a phone in his possession and fleeing the scene was not believable for a reasonable person.

“Some parliament members are questioning whether he was at a food court. Speaker Nasheed always speaks of such nonsense,” she added.

Nasheed had claimed to have gotten ahold of explicit photos of President Solih due anger prompted by the arrest of his brother, Ahmed Nazim Abdul Sattar, for engaging in homosexuality.

'Supermajority given to cooperate with government'

MP: ‘India Out’ a desperate attempt to create hate