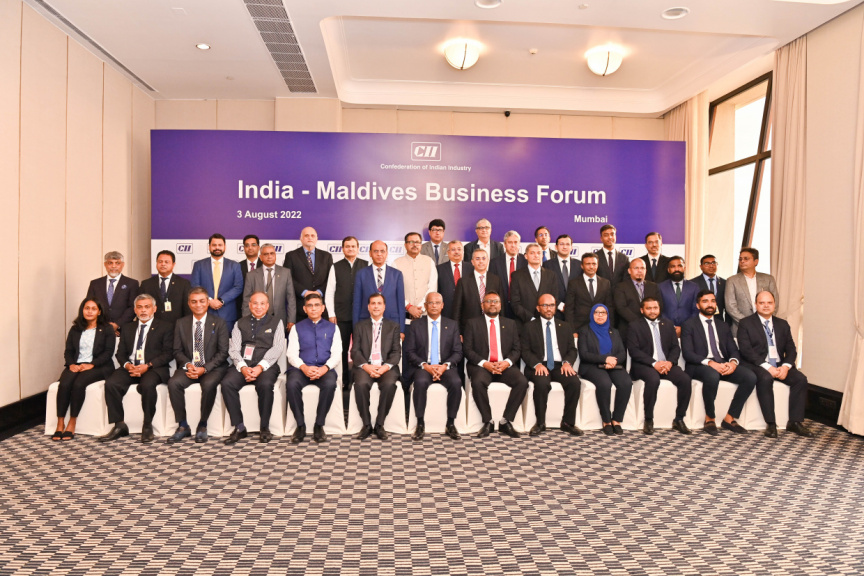 The delegation of Maldivian government officials and business leaders accompanying President Solih in his official visit to India also attended the forum.

Hosted by the Confederation of Indian Industry (CII) – the India-Maldives Business Forum brought together prominent business leaders from the Maldives and India for discussion on promoting economic links between the two countries.

President Solih attended the India-Maldives Forum held in New Delhi earlier in his trip where he delivered the keynote speech.

The President is set to conclude his four-day official visit to India today, and return to the Maldives.

He undertook the visit on at the invitation of India’s Prime Minister Narendra Modi.

At New Delhi, President Solih and PM Modi virtually initiated and viewed the pouring of first concrete of the Greater Male’ Connectivity Project, and witnessed the signing of six MoUs at a special ceremony.

In a joint statement delivered by both leaders following the ceremony – they both reiterated the commitment to further strengthen the longstanding relations between the two nations.

He left New Delhi – arriving at Mumbai on Wednesday morning. Following his arrival at Mumbai, he met with the Governor of Maharashtra Shri Bhaghat Singh Koshyari. During this meeting, both parties discussed an array of topics of mutual interest and discussed prospects for collaboration.

The Governor also hosted a special lunch in honor of President Solih and his delegation.