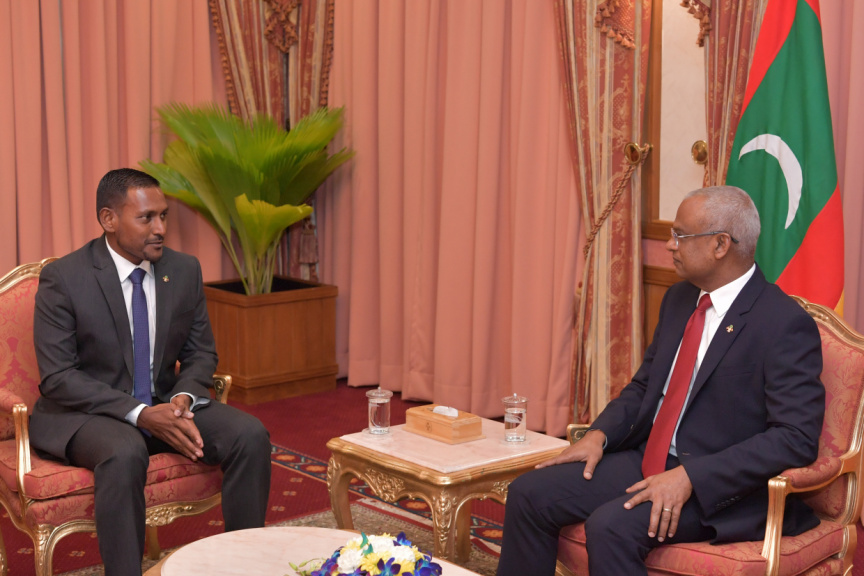 State prosecution overseeing the MMPRC scandal case investigation has sent a letter to the President Ibrahim Mohamed Solih requesting for the establishment of the right environment where justice can be attained with a thorough investigation, after noting that the current circumstances were not permitting a thorough and full investigation.

The letter was sent by the prosecution team consisting of members from the Asset Recovery Commission, ACC, Police, and PG office. The letter stated that many of the public still had questions regarding the MMPRC scandal despite the long-running investigation into corruption and money laundering which began in 2015.

The letter read that the PG office was working hard to bring charges against those involved in the scandal, instruct the investigation, since the formation of the special team of prosecutors in August 7, 2019.

“However, the sad conclusion is that there are efforts by many to obstruct us from reaching the results of our work. To stop the investigation and to influence the trials.” Read the letter.

The Criminal Court, on Wednesday, quashed the charges against former Vice President Ahmed Adeeb who is alleged to have played a massive part in the MMPRC scandal, effectively setting him free. PG Shameem expressed concern over the case in a press conference later on. The judge overseeing the case is accused of misconduct and has now been submitted to the Judicial Service Commission (JSC).

Senior government officials have now confirmed that they have indeed received the letter.

Sun has also received a copy of the letter, which noted 11 points by the prosecution team to the President, which if addressed would allow the investigation to go unhindered.

Points noted include the lack of resources provided to the investigative bodies in the scandal.

Lack of forensic accountants and examiners were noted, despite the case being one of “complex financial investigations”. The letter also requested against the appointment of individuals suspected of involvement in money laundering and corruption, and the immediate removal of such figures if similar suspicions are raised.

Speedy changes to the laws of the ACC to designate unjust richness was also recommended by the team of prosecutors.

Reform of the entire system and any other possible efforts were requested by the team to the President, after noting that such obstructions as above, resonated that an appropriate environment to fully investigate the scandal was not yet in place.

Other than Adeeb, only the former President Abdulla Yameen, former Managing Director of the MMPRC Abdulla Ziyath and businessman Hamid Ismail were convicted of taking part in the scandal. While Ziyath is yet to complete his sentence, he is currently under house arrest. Hamid Ismail is now free after completing his sentence. Former President Abdulla Yameen was also convicted of five years for money laundering last year.

It is thought that a wider circle of high-ranking figures, including senior police officers, judges and former and current parliamentarians had received massive payoffs from the scandal which remains unprecedented in Maldivian history.

Police are also no longer seeking the arrest of those individuals who are living abroad but are accused of taking part in the scandal. The individuals had fled the country when the scandal erupted. Police later retracted the Interpol Red Notice issued for them, after stating that they were cooperating with the investigation and would not be charged.

PG yet to make decision in Mayor's corruption case