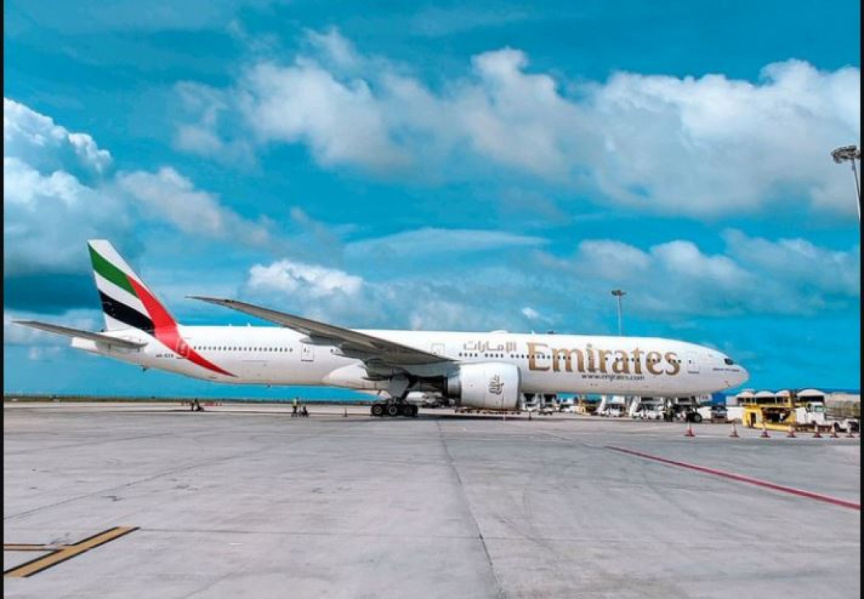 Emirates resumed its commercial operations to Maldives this Thursday, carrying 101 passengers from Dubai to Male’.

Emirates is scheduled to operate five weekly flights between Male' and Dubai every Sunday, Monday, Thursday, Friday and Saturday.

Maldives had suspended on-arrival visa and closed its borders in face of the coronavirus pandemic on March 27.

The country, one of the world’s most sought after tourist destinations, reopening its borders to international travel on Wednesday.

The first commercial flight arrive in Maldives with the reopening of its borders had been a flight operated by Qatar Airways, which landed at Velana International Airport on Wednesday morning to a ceremonial water salute.

In addition to Emirates, Qatar Airways and SriLankan Airlines are also scheduled to operate flights to Male’ this Wednesday.

Meanwhile, Etihad Airways is scheduled to resume operations to Maldives with two weekly flights between Abu Dhabi and Male’ on its A320 starting Saturday.

In an attempt to boost the country’s travel and tourism industries, MACL has rolled out significant discounts for airlines and tourist service counters, while Maldives Marketing and Public Relations Corporation (MMPRC) has launched a global advertising campaign with CNN to promote Maldives as a tourist destination.