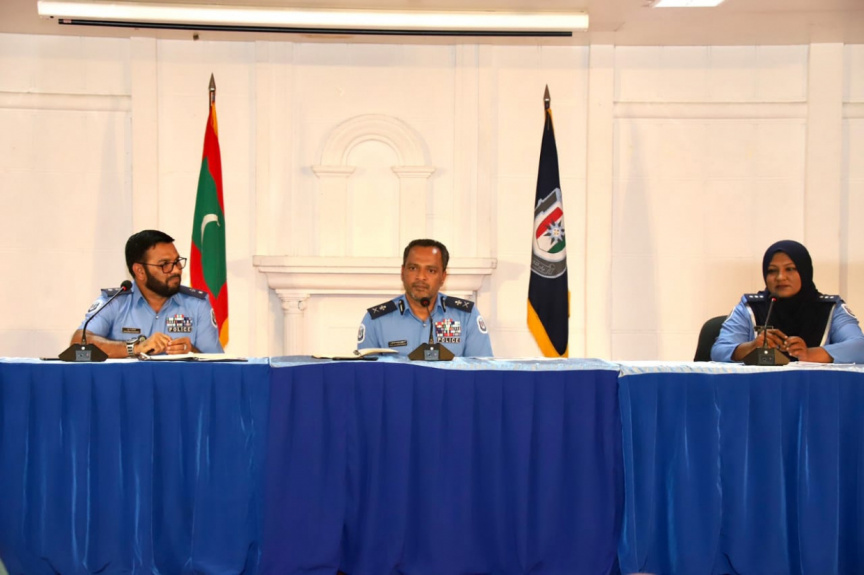 Maldives Police Service announced on Thursday the police have taken statements from 11 people, and retrieved the victim’s phone from underwater in its investigation into the sexual assault on board a safari boat off the coast of suburban Hulhumale’.

The sexual assault was reported to the police at approximately 05:00 am on June 26, after police officers on patrol found a woman – the victim, and two men – the suspects at the Hulhumale’ jetty, and questioned them.

According to the police, the victim told the patrolling police officers that the two men had confiscated her phone and was refusing to give it to her, but upon further questioning, told the police officers that she had gone to the safari boat at the invitation of a friend on June 25, and had spent time with the two suspects on board the boat, and that they groped her without her consent and sexually assaulted her. She told the police she had jumped overboard for fear they may continue their actions, and that the two men had come after her on a dinghy boat, pulled her out of the water, and then took her to the jetty.

The police arrested the suspects on the spot, but later released from police custody citing “lack of sufficient grounds to keep them detained for the investigation at the moment”.

At a press conference on Thursday evening, the head of the department leading the investigation into the case, Chief Inspector of Police Mariyam Azma said the police have completed processing the scene of the crime, and collecting necessary statements.

She said the police have taken statements from 11 people in connection to the case.

She also said a team of divers from the forensics department retrieved the victim’s phone from where the safari boat had been anchored.

“SOMETHING MORE SERIOUS THAN ASSAULT”

In a meeting with the Parliament’s Human Rights and Gender Committee on July 1, Deputy Commissioner of Police Abdul Mannaan Yoosuf said that the police believe that “something serious” may have taken place to make the victim jump overboard in the dark, and that the investigation will be conducted based on that possibility.

“The victim told us that she jumped overboard for safety because she faced an act of sexual assault the first time and people were coming at her to commit such an act a second time. We are using the term sexual assault. Our intent is, we believe in the possibility something more serious may have taken place there, that something more serious than assault may have taken place. Therefore, our objective is to investigate this. We will examine this further as part of our investigation,” he said.

But this does not mean the police do not believe the victim’s account, said Mannan.

Mannan said that the account on the report published by news outlet Mendhuru Online, which references the victim, and the account told by the victim to the police have significant discrepancies.

Mandhuru Online wrote in its report that the victim told them she was raped and threatened.

In his meeting with the Parliament’s Human Rights and Gender Committee on July 1, Mannan told committee members that though the police are investigating the case as a sexual assault case, “it does not mean we have ruled out rape”.

Mannaan said the police do not have additional suspects, other than the two who had been arrested from the Hulhumale’ jetty.