Dr. Iyaz hits back at MP Eva, saying threats will not hold him back 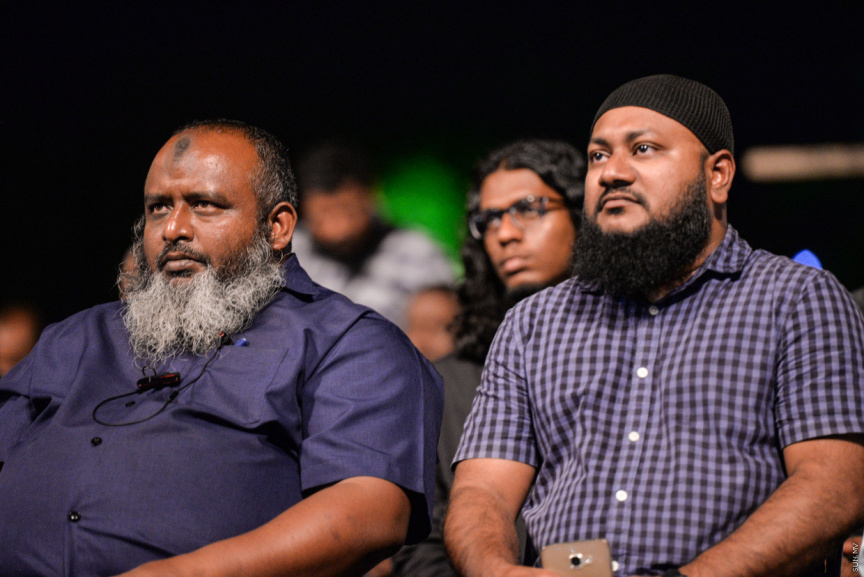 After receiving a scathing response from the Deputy Speaker of the Parliament, MP Eva Abdulla, religious scholar Dr. Mohamed Iyaz has hit back by saying that threats and anger would not hold him back from revealing the aspects of the religion to the public.

MP Eva Abdulla launched a heated attack on Dr. Iyaz in today’s parliamentary sitting after the scholar had tweeted that women were cover up if they wished to avoid or prevent sexual harassment. MP Eva said that the words of the scholar would encourage crimes of sexual abuse and harassment.

“I want to say this to this Dr. Iyaz! Stop! Step back! I want to say that as long as I have this mic, the mic of North Galolhu, the use of the twitter handle by you to harass women in the name of the religion, I am saying that I will not allow the shaming of women, I will protect Maldivian women. I will use this mic against him, god willing!” Said MP Eva.

Dr. Iyaz tweeted back that the religio0n of Islam provided women with more protection than any other religion and that a seat in the parliament should not mislead MP Eva about size.

“No matter the threats, harm, or injuries that a person may cause, I will not step back even a little when outlaying the aspects of the religion to the public.” Said Dr. Iyaz.

MP Eva had said that the beginning of the end of such sexual abuse and harassment received by women in the country was to close the mouths of figures such as Dr. Iyaz.

The scholar responded to this by saying that no law or regulation could stop the efforts to explain the teachings of the religion. He likened his earlier tweets about women’s attire as having the same concept of the safety standards of vessels that require passengers to don life jackets when traveling.

Tagging the Speaker of the parliament Mohamed Nasheed, Dr. Iyaz said that just as how a car is to be driven by a licensed person, the aspects of the religion are to be taught by someone who has learned it.

“It is the best manner to stay silent on things one doesn’t understand or have knowledge of.” Said Dr. Iyaz.

Dr. Iyaz was supported by fellow scholar Sheikh Ali Zaid, who said that there was no place, even for a parliamentarian to overthrow the religious solidarity of the country and mock the tenets of Islam by hiding behind attractive philosophies.

“If you have demeanor is no good, you have failed, even if you have a mic.” Said Sheikh Zaid.