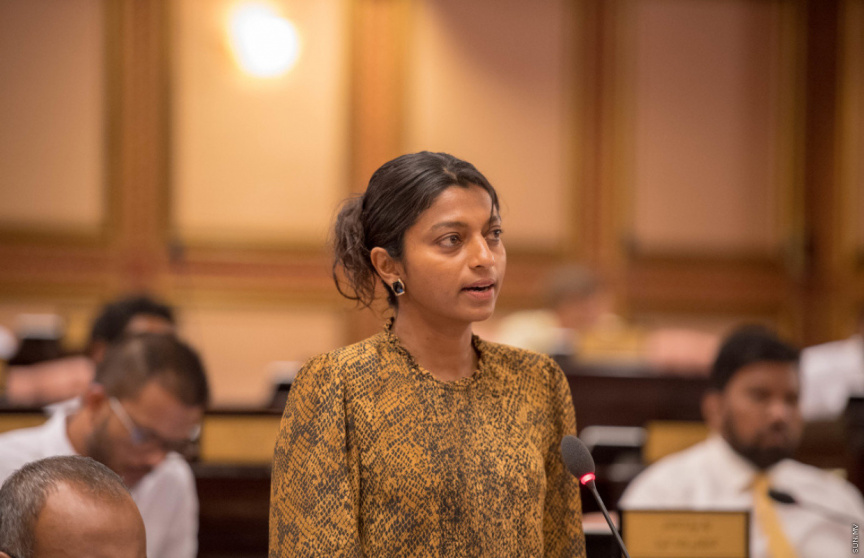 Deputy Speaker of the Parliament and MP for North Galolhu Eva Abdulla has hit back at religious scholar Dr. Mohamed Iyaz over tweets regarding the attire of women.

Dr. Iyaz had tweeted in a manner portraying that how women dress is responsible for the sexual abuse and harassment they receive.

The deputy speaker said that she had received a lot of comments regarding the tweets by Dr. Iyaz.

“He is saying that women will not receive sexual abuse if they cover themselves, by having a twitter handle with Dr. in the beginning and appearing on TV under the name of sheikhs. He is writing so. This is disgusting rhetoric. A grotesque thing to speak about.” Said MP Eva.

She said that such rhetoric blaming responsibility on the attire of women would encourage acts of sexual abuse in the country. Eva said that rhetoric as this by people who call themselves sheikhs smeared the religion of Islam and religious scholars.

She reminded that the religion of Islam empowered women and called for them to be protected and accused Dr. Iyaz of using the religion to harass women.

“I want to say this to this Dr. Iyaz! Stop! Step back! I want to say that as long as I have this mic, the mic of North Galolhu, the use of the twitter handle by you to harass women in the name of the religion, I am saying that I will not allow the shaming of women, I will protect Maldivian women. I will use this mic against him, god willing!.” Said MP Eva.

She questioned what attire that was responsible for the rape or abuse received by infants, by daughters who receive abuse from their fathers. She said that the rhetoric by Dr. Iyaz was to increase the defamation of women even more so than now.