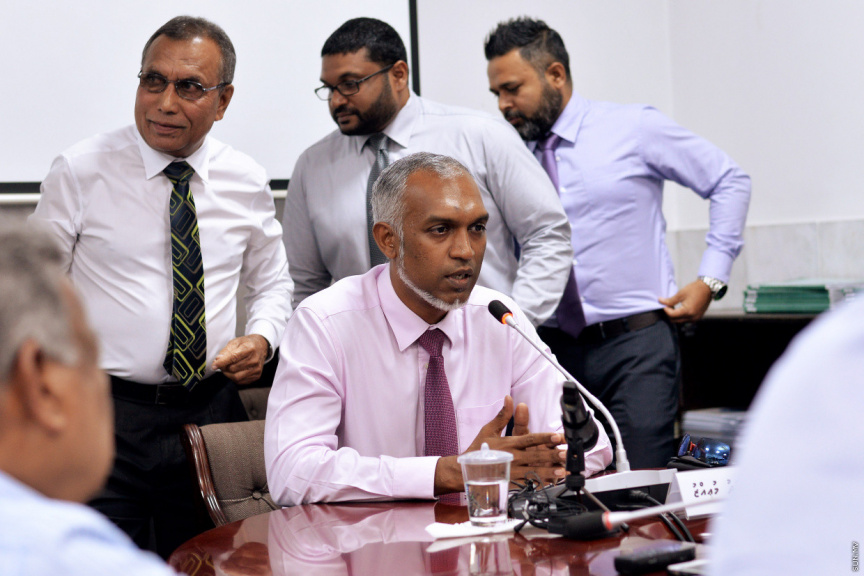 Former Housing Minister Dr. Mohamed Muizzu has been summoned for a meeting with the Parliament’s National Development and Heritage Committee to clarify information regarding the Hiyaa Housing Project.

The Hiyaa Housing Project was launched during the administration of former Maldivian President Abdulla Yameen. The 7,000 housing units under the project were constructed by China State Construction Engineering Corporation (CSCEC), and financed with an USD 434 million loan.

The project attracted some 22,000 applicants, and the then-government had released a list of tenants for the units before the construction had been complete.

The current administration – which came to power in late 2018 – alleges that the project involves corruption and established a presidential commission to investigate.

It also increased the size of some of the units, reducing the total units to 6,860.

Meanwhile, the Parliament’s National Development and Heritage Committee, which has also launched in inquiry into the project, has summoned the former Housing Minister Dr. Muizzu for a meeting.

Dr. Muizzu told Sun he has been summoned for a meeting with the committee at 11:00 am on Thursday, July 16.

“I am ready, even now. I will provide whatever cooperation is required of me,” he said.

Dr. Muizzu was last summoned by a parliamentary committee late last year. The summons was issued by the Parliament’s Public Accounts Committee for its inquiry into the MVR 845 million settlement payment to Noomadi Resorts and Residence.