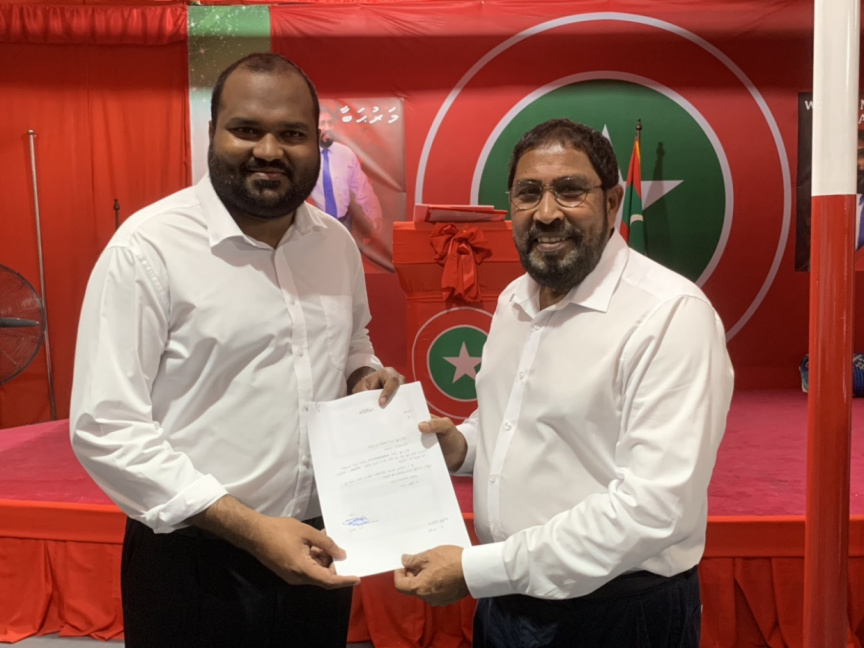 Jumhoory Party (JP) leader Qasim Ibrahim has ordered former Tourism Minister Ali Waheed to resign from his position as president of the party.

A senior JP official confirms Qasim made the demand this Thursday.

The move to expel Ali Waheed from JP leadership comes after Maldivian President Ibrahim Mohamed Solih demanded Ali Waheed’s resignation following allegations of sexual harassment raised by Tourism Ministry staff on Wednesday.  He refused to resign, and the President dismissed him from the Cabinet earlier this Thursday.

An emergency motion was lodged with JP’s council to dismiss Ali Waheed from party leadership on Wednesday night, after the allegations against Ali Waheed came to light.

However, Ali Waheed continues to remain in his position as JP’s president, and the party’s leader, Maamingili MP Qasim Ibrahim himself has demanded that he resign.

Ali Waheed is accused of sexually harassing and assaulting multiple female employees at the Tourism Ministry. The police have confirmed they have opened a criminal investigation into the case.

He has not responded to repeated calls and texts asking for a comment regarding the allegations against him, but wrote a tweet shortly after the President’s decision to order his resignation was announced, stating that he was “proud to have served the people and the nation with honesty and energy”.

The allegations of sexual harassment against Ali Waheed come after an audio recording believed to be of a phone conversation between him and Transport Minister Aishath Nahula leaked over social media earlier this year, in which he is heard making inappropriate comments.

It had been part of a series of similar audio recordings, and had sparked demands for his resignation at the time.

However, he had dismissed the audio recordings as “fake” and “slander”.