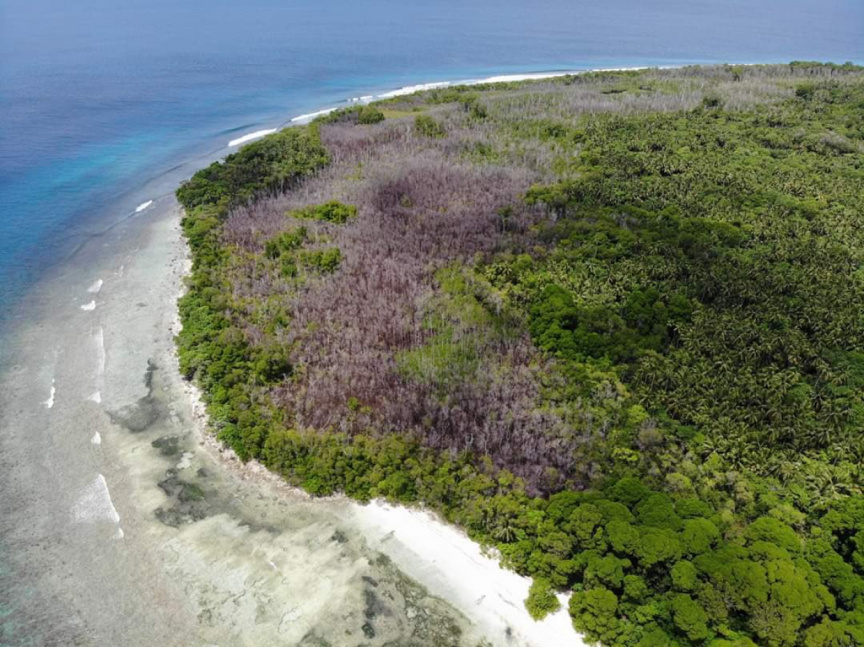 Environmental Protection Agency (EPA) and Ministry of Fisheries, Marine Resources and Agriculture have begun conducting field investigations to determine the cause of the large-scale die-off of mangrove trees in the protected mangrove areas of H. A. Kelaa and H. Dh. Neykurendhoo.

The local councils of both islands have stated that the mangrove trees in the forests have been dying of an undetermined cause since early this year, and that the issue has been brought to the attention of the central government.

EPA’s Director Ibrahim Naeem told Sun on Monday that a team from EPA and Agriculture Ministry are in Kelaa to conduct field investigations at the island’s mangrove forest. The team is scheduled to travel to Neykurandhoo once they complete the field investigations in Kelaa.

EPA’s Deputy Director Dr. Ibrahim Mohamed told Sun the team is composed of officials from Agriculture Ministry’s Hanimaadhoo Center, and an EPA official stranded outside of the capital due to the lockdown.

He said the team will complete their work in Kelaa and travel to Neykurandhoo this week.

Dr. Ibrahim said the cause of the large-scale die-off of the mangrove trees will require multiple assessments and tests.

The field investigations by EPA and Agriculture Ministry come after the Neykurendhoo Council initiated a survey funded by Commonwealth’s Human Ecology Council on June 26.

The survey in Neykurendhoo is conducted with the support of the island’s residents, and the technical expertise of International Union for Conservation of Nature’s Mangrove Specialist Group (IUCN MSG), Mangrove Action Project (MAP), and local environmental protection advocacy group Save Maldives.

A spokesperson from IDEAS, a local NGO in Kelaa, previously told Sun that the extent of the damage to the island’s mangrove forest is unprecedented.