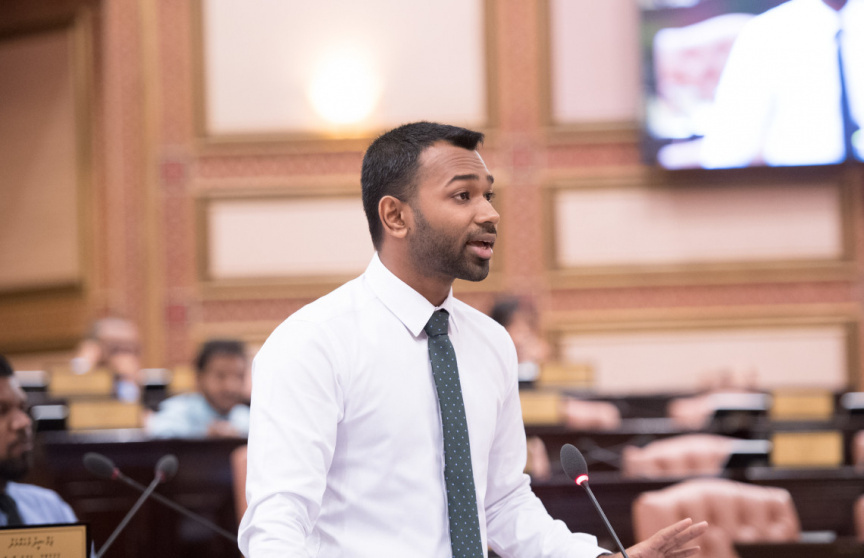 South Galolhu MP Mickail Ahmed Naseem, on Sunday, submitted revisions to the Sexual Offenses Act, stating that more victims of sexual violence need to be encouraged to come forward and report such crimes.

Mickail said that certain provisions of the Sexual Offenses Act were resulting in rape victims from reporting such crimes to the authorities, leaving a loophole open for rapists to remain free within the community.

The choice of clothing of rape victims or their character and behavior must be excluded from consideration, he said.

“I have submitted revisions to the Act because it at present discourages rape victims from reporting rape, and opens room for rapists to remain free within the community,” he said.

Article 53 declares the evidence which may be used against victims of sexual violence.

Article 53 (c) Where a court establishes reasonable grounds to assume the victim may make a false allegation, based on matters pertaining to the character and conduct of a victim which are proven in court.

Article 53 (e) Where the court finds reasonable grounds to believe the relationship and the interaction between the victim and the suspect, prior to the suspect being suspected of the crime, may have facilitated the suspected crime.

Mickail said the provisions in question, which allow for the character and conduct of the victim, along with the history of interactions the victim may have had with the suspect being allowed to be used as evidence served as a deterrent to reporting crimes of sexual violence.

The proposed revisions come amid widespread outrage within the Maldivian community following the release of two suspects accused of raping a woman on board a safari boat off the coast of Hulhumale’.