Maldives to reopen borders to tourists on July 15 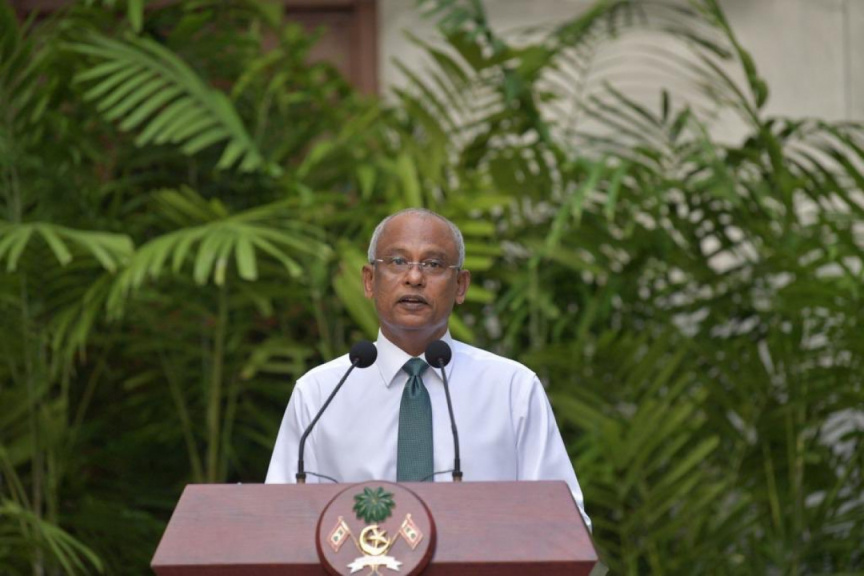 President Ibrahim Mohamed Solih, on Tuesday, announced Maldives will reopen its borders to tourists on July 15.

The much anticipated date was announced in a press conference at the President’s Office on Tuesday evening.

Speaking at the press conference, the President said that Maldives has achieved positive outcomes from its efforts to curb the spread of the new coronavirus in the country, and has now entered the second phase of its efforts, which will see the relaxation of many of the restrictions.

The most important decision is the reopening of the country’s borders, he said.

The President announced that Maldives will reopen all international airports and allow resorts to recommence services on July 15.

The figure is a major blow to Maldives which had enjoyed a record 1.7 million tourist arrivals last year.

The President said the government will not restrict tourists from any country from entering Maldives.

He said that China, the top source market for the Maldivian tourism industry, has provided assurance it will not restrict Chinese tourists from traveling to Maldives.

However, Chinese tourists will need to be tested for the new coronavirus before returning to China.

Necessary arrangements are being made at the airports to facilitate testing of tourists, said the President.

While resorts will reopen in July, guesthouses will not be allowed to recommence services for international tourists until August.

Tourists will be issued a free 30-day tourist visa on arrival, and will not be subject to any quarantine measures upon arrival.

According to the President, the end of July will also see the reopening of government offices, reopening of cafes and restaurants for dine-in services and reopening of mosques in the capital for prayer congregations with special preventive measures.

Meanwhile, testing capacity is scheduled to be increased to 3,000 tests per day with the expansion to two additional regions; Addu City and Kulhudhuffushi City.

GRATITUDE TO THE MALDIVIAN PEOPLE

The President, in his press conference, thanked the Maldivian people for complying with the restrictive measures imposed to curb the spread of coronavirus, especially the lockdown on the populous capital which saw roughly one-half of the Maldivian population confined to their homes for two months.

He noted that the residents of the capital had spent 42 days, including the entire holy month of Ramadan, confined to their homes.

“Those were hard and difficult 42 days in which whole families, including young children and elderly parents, were forced to remain confined to their homes. A great sacrifice by individual citizens for the safety of the whole community. I express my sincere gratitude to the beloved people of Maldives,” he said.

Maldives began relaxing its lockdown following a drop in daily infections in the end of May.

Maldives has 2,217 confirmed coronavirus cases, out of which 1,813 patients have recovered and eight have died from complications.

The recovery rate stands at 82 percent, and the active cases have dropped to 394.