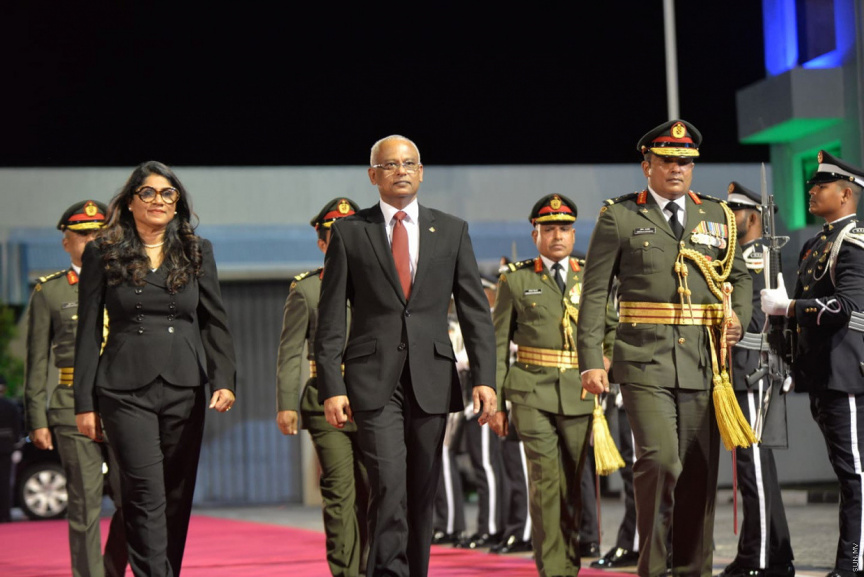 President Ibrahim Mohamed Solih has defended the security forces of the country at a time when an increasing amount of criticism has been directed at the police force.

Speaking in a press conference currently underway, President Solih said that the MNDF and Police were very two important institutions that work very hard in order to maintain the public peace.

The President described the work of police and MNDF, day and night in any given circumstances during the situation with COVID-19, as priceless.

However, he also admitted that there were aspects of the institutions that could still be improved.

"However, due to the actions of an individual or a small group, the rhetoric that defames the entire institution is not something, I believe is being made for the sake of reform. Because of that, it creates enmity and division." said the President who pledged that the government would do everything to develop the institutions along with reforms.

The President's remarks come at a time when members of his own party, have been consistently directing jibes at the police force. MPs of MDP inside the parliament have also been vocally critical of the police during debates for the proposed Maldives Police Service Bill.

The rhetoric from politicians and MDP members has led to some members of the police also expressing their opinions and views. Some senior police officers have also condemned the rhetoric. Assistant Commissioner of Police Abdulla Phairoosch has expressed concern over the rhetoric.